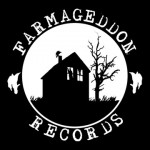 Sometime in 2006, out of the blue I got a friend request on MySpace from a site called “Montana Section 08 Productions.” I had no idea who these folks were, but I was a fan of the robust underground scene that was forming in country music, spearheaded by Hank III, Wayne “The Train” Hancock, and Dale Watson.

As anti-Nashville and neo-traditionalist music was finding support in a grassroots audience on MySpace, many new bands and artists were beginning to jump on this bandwagon, many of which used to be involved in punk and heavy metal bands. I had heard of some of these new bands before, others I had their CD’s or had seen them live. But when I went onto this Section 08 MySpace site, that is when it dawned on me, that there was massive movement of music brewing that had not been there a few years before. On that site were many of the core bands we talk about here every day, all in one place, with videos and links. This was the first and only place you could go and see all these bands assembled and well-represented.

That MySpace site completely changed my perspective on the music, and is what inspired me to start my own MySpace site to give these bands proper media coverage, which eventually morphed into Saving Country Music. And I remember thinking then, if we could get this small, but super-aggressive and resourceful local promoter from Montana to do his thing on a national level, how powerful that could be. With Farmageddon Records, Darren Dorlarque has done that exact thing.

I sat down with him before the James Hunnicutt, Jayke Orvis, Goddamn Gallows show (all Farmageddon artists) at Beerland in Austin on Jan. 20th to talk about how a local promoter from Montana became a record label owner and many other things. The 20-minute interview can be heard below, and I have transcribed the big points below as well.

Triggerman: First off I need to thank you because you turned me on to so much good music. It was sometime early in the MySpace days. It was my personal MySpace page, and you friend requested me, and you turned me on to tons of music. I mean Rachel Brooke, Bloodshot Bill, .357 String Band, Bob Wayne. Not to say I probably wouldn’t have heard of these dudes eventually. But you were the first outlet where I saw all this shit in one place. One guy was saying “Look at this, these people are fighting the same fight.” It was all united. And at the time you were just a local promoter in Montana.

Darren: Bozeman, Montana. I had booked Wayne Hancock in 2006, been listening to a lot of the underground stuff for years. We brought Wayne to Montana, and that was the catalyst to getting involved and bringing more stuff to Montana, because we didn’t want to have to drive to Seattle. We wanted to bring more of the stuff to where we were at, and it just kind of spiraled out of control. The scene itself is unbelievable. At the time nobody was really paying attention to it. I definitely enjoyed what people were doing and we just wanted to bring it to Montana, and it just turned into all kinds of craziness since.

Triggerman: It started off as Montana Section 8 Productions. You did these historic “Murder of the Mountains” tours and you would bring in all these people from around the country to tour these backwater Montana towns. 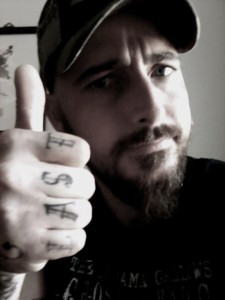 Darren: It was a hobby at the time. It turned from booking a show every once in a while so we could get drunk and see these bands to to “Wow, these guys are actually really fucking good.” We just had a lot of fun with it, and I had no idea we were having any impact outside of Montana really. The artists started touring more. Everybody was really doing the right thing with music. Obviously Hank III is very responsible for making this scene what it is, because he was the guy that kicked the doors open for everybody.

Triggerman: A lot of these bands, maybe that was their first exposure out of their local scenes was your Murder in the Mountains, or maybe your MySpace, you kind of took it to a national level by just doing something online. To me, not only did it teach me about these bands, but it taught me about the impact you can have online. This is 2006. Before then there wasn’t a lot of interconnection with bands and their fans.

Triggerman: I remember when I first became a fan of Section 08 Productions, I thought if this guy could do what he’s doing, but do it on a national level. What the hell could happen?

Darren: It’s all Jayke Orvis’s fault. It actually started with Johnny Lawless from JB Beverley & The Wayward Drifters. I been a good friend of Johnny’s since he first started coming out to Montana. I think we were just joking about it one night, “We should start a stupid record label.” More or less we were trying to get Jayke in the studio to make an album. The way that record went down was all friends getting together to make a really good record happen. The label pretty music started at that recording session.

Darren: The reason I think it is allowed to exist is because there is a big enough fan base. There’s going to be a lot of big things happening for the label in the near future. A lot of stuff we’ve been proposed, amazing ideas I would have never thought would come our way, that I think are really about to make this label explode. It’s great because honestly I’m tired of these guys starving for what they’re doing because they’re better than all these assholes playing these big arenas.

Darren: I heard a little something about it last week, but I’ve been so busy with stuff going on with Farmageddon I haven’t been able to pay attention to stuff going on around me as I’d like to. I mean that’s really cool that he’s receptive enough and a big enough name where if he can also take this under his wing and do the right thing that cool, more power to him, that’s awesome.

Triggerman: Any new projects coming up? newrootsorder.com is your website where where you have all your merchandise and all your currents projects.

Darren: The Goddamn Gallow and Gary Lindsay Black Eyed Vermillion just did a split, it’s getting pressed as we speak, an EP that we’ve been working on for 7 months. The Goddamn Gallows are about to go in the studio again in February with Andy Gibson (Hank III steel player). James Hunnicutt has a new album out right now called 99 Lives. Highlonesome is going into the studio in March to make a new album. We’re about to put out the Slackeye Slim / Pereze Farm split. Owen Mays is working on his new album at Rebel Roots studio and it will be available this Spring. We’ve talked to Rachel Brooke about doing a project. Those are all the main projects right now.

Triggerman: Who is your favorite non-Farmageddon artist or band?

Darren: I’m really digging The Calamity Cubes right now. Actually we’ve been talking to those guys about doing something. I love Those Poor Bastards. There’s a lot of little bands out there doing really cool shit. I’m finding out about stuff every day. Keep your eyes peeled, there’s a lot of great music out there.