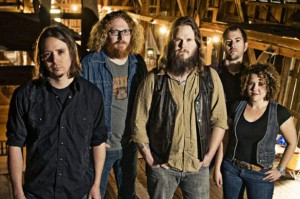 The Pickathon Fesival out in Portland, OR has just announced the rest of their 2011 lineup, including the very cool addition of Kentucky’s Sunday Valley. Pickathon likes to say they don’t have headliners in the traditional sense: huge super-names that grab people’s attention. I guess this just proves how much of an independent music nerd I am, because I look at their lineup and see headliners up and down it, people like Ray Wylie Hubbard, Pokey LaFarge, and Michigan’s Whitey Morgan & The 78’s. In fact “headliners” is exactly what I called Whitey & the boys in my South by Southwest recap.

Whitey Morgan and his bass player Jeremy Mackinder have a very similar symbiotic relationship that made the pairings of Waylon Jennings and his drummer Ritchie Albright, Willie Nelson and his drummer Paul English, into such successful, productive duos: a working relationship that just works, where creativity can flourish while nuts and bolts tasks still get done. During SXSW I sat down with the pair for a chat.

Triggerman: Y’all are from the Detroit/Flint area. Since I’ve been covering this music, it blows my mind how many bands come from the upper Midwest. Why do you think the upper Midwest is such an epicenter for bands willing to do it their way?

Whitey: I think it’s a rebellious type thing, because we come from a place that’s not known for that kind of music. But the place that is known for that type of music isn’t fucking doing it. What can I do to not only feel real about what I’m doing, but also get some attention? And maybe knock down some doors and let people know there something wrong with the mainstream right now. There’s volumes and volumes of great music that nobody seems to give a shit about anymore.

Jeremy: You wake up in Flint or Detroit or anything up north, you wake up pissed off, and you go from there. There’s a lot of piss and anger and vinegar in that area, and this music kind of lends itself to that. I don’t think there’s any way to take away that fight from anything a band from Detroit is going to do. I used to love going to New York City. Any band you were in, you could plug “from Detroit” and you had a crowd. Detroit just reeks of attitude, and so does this kind of music.

Whitey: It’s tough up there. Every day in the Winter is an uphill battle. It’s colder than shit, you’re waiting 10 minutes for your car to warm up, if it starts. For me, you spend 35 Winters in a shithole town, everything ain’t roses, and that’s kind of what this whole music is about. A lot of my songs are about drinking and forgetting about that shit.

Triggerman: I sometimes feel bad for the honky tonk bands and the fans for this music in the South, because they want to have regional pride, they want to have state pride, and like we were talking about, there’s not a whole lot of this music coming out of the South that fits that concept. And people think of Michigan as “Yankees” since it’s up north. I spent some time living in Flint, and what’s funny about Michigan is that it has a culture that is so unique to itself. Like you call a convenience store a “Party Store”, and you have blinking red lights at left turns. You go to Michigan any say “What is going on here?” There’s a lot of rural culture that is permeated throughout Michigan.

Whitey: 20 minutes outside of any city in Michigan could be northern Alabama. The people are that backwoods and turned around. In the 70’s when my grandpa was playing music in Flint, almost a quarter of the population were transplants from the South that came to work at the factories. When you have a quarter of the population, and they start having babies, what you have is this Southern culture that is ingrained in them, even though some of them have never even been there. Like me when I was growing up, the things we ate, certain words that you said were Southern. To me it was normal. To my friends that were really Yankee’s, it was weird. They didn’t eat fried bologna sandwiches and drink sweet tea and listen to gospel and bluegrass on Sundays at their grandpas house. Any of the Southern food, that’s what my grandma’s house smelled like any time I went in there. My grandpa demanded that stuff, he was a hardcore Southern guy living in fucking Flint, MI.

Jeremy: Speaking of Whitey’s grandpa, he had this look that Whitey showed me a picture of one time, where he’d stare right through you. Go ahead and make a mistake on stage, and see that look come firing down your way! (laughing) 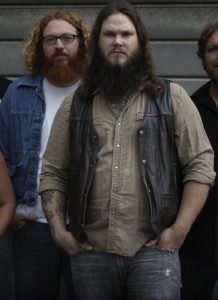 Triggerman: Y’all just recorded an album for Bloodshot Records, you did it at Levon Helm studios in New York. I hear a lot of people talk about, “Well what’s the point of even being on a label anymore?” It seems like y’all had some big opportunities from that release. Y’all were on NPR’s Mountain Stage, and other opportunities I just don’t see completely independent bands be able to crack.

Whitey: They do a lot of the legwork. We get their Rolodex when we need it, whereas when you don’t have that, you have to go out there and do it all on your own. Which is fine I’m sure for some people, but you can’t be out there playing 230 shows a year and still deal with trying to find new contacts. Not to mention the fact that were on Bloodshot brings people to shows, even if they’ve never heard us, because they have a respect and a reputation from their followers.

Jeremy: We had put out another album with a different label, and not to slug on them but they didn’t have the country cred that Bloodshot does. We end up on Bloodshot, and all of a sudden Sirius/XM plays our music like crazy. And people think that the disadvantage of being on a label is that you’re not going to make any money off your records. But quite honestly, unless you’re selling hundreds of thousands of records, you’re not going to make any money on your records anyway. Independent or label-wise, your records are just kind of paying for themselves.

Whitey: Realistically, and it doesn’t matter what level you’re on, live shows is where you make your money. You can be independent and do everything yourself, but if you can’t get out there and play shows, then what’s the point?

Triggerman: How did the whole Bloodshot thing come about?

Whitey: You’ve got to give credit to the Deadstring Brothers and Wayne Hancock. Our road guy Stubby was actually touring with Deadstring when we were off. He’s a big cheerleader of ours. Every chance he got he’d be talking to Bloodshot about us. And even Travis.

Triggerman: Jeremy, so you used to write for big publications?

Jeremy: I did. I did it under pseudonyms. I only had two printed. As a musician, when you say something negative, you definitely don’t want people to know that was you. Not because I was scared, just because it could reflect negatively on my band. You have to be careful, because you represent five other people too, and you represent your livelihood. Another thing you have to be careful of too is politics. Politics is a polarizing thing. Politics and music are like oil and water.

Whitey: That’s what I want to tell somebody, you’re a fucking entertainer. I don’t give a fuck what you think about the state of the goddamn world. Fucking entertain me, that’s what I paid you to do. I know that’s pretty harsh, but that’s the way I feel sometimes. Where do they get off thinking they know best?

Triggerman: Y’all are living your dreams, playing your music, the way you want to play it, on your terms. Do you have any other drive? Like saying “this music needs to stay alive.”

Jeremy: We were just hollering about that the other day in the kitchen. We have to do this. We feel a responsibility to push this forward and continue to make this happen. For the longest time at shows people would come up and say, “Man I don’t like country music but I sure like you guys!” Well that just means you hadn’t heard country music.

Whitey: Granted we’re not traditional country music like Dale (Watson) or Wayne Hancock. They’re keeping it in the genre, in the era, more correct. We’re a little louder, we strip the songs down more. More of a meat and potatoes kind of thing because God bless us, we can’t play those songs, I can’t play guitar like Dale. But that’s not what we want to play. Some of the greatest songs ever written were written that way because of limitations of the musicians.

Triggerman: Well you hear Waylon’s “Are You Sure Hank Done It This Way”. What a simple song.

Whitey: He did what he knew how to do, and he did the fuck out of it. Better than anybody else. People ask “What’s responsible for how your bands sounds?” and I say “musical limitations”. We’re not that good, but we do what we know how to do and we do it every goddamn night with everything we got. I always say, who would you rather hear play a dirty blues song, Keith Richards or Joe Satriani? Who technically is way fucking better, and who do I want to hear?