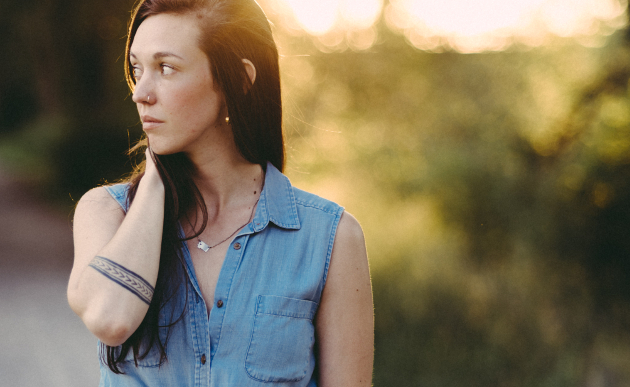 The American experience is one that’s gifted with wide open spaces for young adults to get lost in before they’re forced to settle upon a proper purpose in life. Some find their calling naturally. Others must seek it out in the deserts, mountains, wide open spaces, or possibly the cityscapes that await far away from one’s hometown.

John Steinbeck is best known for writing The Grapes of Wrath, but Travels with Charley was also well-loved and influential in its time. Kerouac’s On the Road, William Least Heat-Moon’s Blue Highways, and countless other travel books inspired generations of young adults and retirees to hit the road and find themselves. And though there are an incredible amount of songs about wanderlust and road life in the annals of country and classic rock, a true travel album articulated just as much as a journal as a work of fiction is hard to come by.

That’s what you get with singer and songwriter Ira Wolf’s The Closest Thing to Home. An inspiring collection of stories that highlight her superb songwriting, it is bound together by Ira’s real life travels in a Volkswagen named Ruby. Though the theme is travel, this album will feel as comforting as home to anyone who spent a portion of their youth roaming the West or the world’s other forgotten spaces, or those that dreamed about doing so, and still hold onto those dreams today.

The Closest Thing to Home is not a perfectly chronological travelogue, and it may be a stretch to call it a concept record. These things would have bound it to certain storytelling essentials to keep the overarching theme going, which would be as foolhardy as leaving on a month-long vision quest with a specific itinerary for each day. One of the great things about The Closest Thing to Home is how the songwriting feels free-flowing and at times uninhibited, yet it still is enhanced by that “greater than the sum of its parts” rule that graces a good record concept. 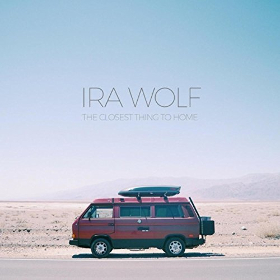 Living on the road is an experience of constant contrast. It’s incredibly lonely, but endlessly liberating. It can feel like the closest thing to home for some, but always with a longing for stability in the future. And as soon as you finally choose to settle down and buy a potted plant or pet to keep you grounded, the wanderlust rears itself again. That’s articulated in the final two songs of this record, longing to hang “Pictures on the Wall,” only to warn friends and loved ones you’ll be “Leaving Soon.”

The Closest Thing to Home and Ira Wolf have received some wider recognition via streaming playlists for the song “Sunscreen,” and for good reason. Even if you aren’t a restless soul, you will still discover great value in many of the songs on this record. Ira Wolf sings about heartache and losing love, and about finding comfort in strangers. The self-reflection that comes with travel may be what’s at the heart of this record, but you don’t necessarily have to ramble to get there. Even a song like “Ruby” about Ira’s trusty Volkswagen steed is incredibly enjoyable to listen to as she puts a clinic in the use of personification in song. This album is more folk than country, but with country & western tones imbued from Ira’s Montana upbringing, and Nashville environs where she lives today.

Unfortunately in recent years, the experience of traveling on the road isn’t as unencumbering as it used to be. With GPS tracking following us everywhere, and all manner of technology making sure we don’t get lost, the enterprise has shed some of its cathartic qualities. There’s something poetic about receiving wrong directions at a gas station for a landmark that wasn’t even there in the first place, or stumbling on some vista or hidden cove that Google has never logged and assigned a rating.

Much of the Millenial generation has lost the true meaning to travel and discovery by making themselves the center of attention, posting Instagram shots with their face in primary focus, and the landmark secondary. But travel is not about discovering things about the world and trying to one-up the people in your social feed via your life experience. It’s about discovering things about yourself and a getting lost in the feeling of smallness from the vastness of life that only traveling on the open road can convey.

For those landlocked and looking for an escape, those who spent their youth rambling or really wanted to, or anyone who wants to benefit from the enlightenment that can await you by hitting the road with a open-ended itinerary, Ira Wolf’s The Closest Thing to Home is an excellent journey of personal discovery into universal truths.

Purcahse The Closest Thing to Home from Ira Wolf

Purchase The Closest Thing to Home from Amazon