Over the last seven months, Billboard has been making dramatic moves to modernize their industry-leading music charts to better reflect the habits of music consumers in the digital age. Most of these changes have been met with consensus and seen as necessary steps to preserve the charts as an accurate representation of the popularity of music. Some provisions, like Billboard’s measuring of “crossover” pop songs that are then reflected in specific genre charts, has raised the dander of certain segments of the music world.

One problem with Billboard’s new system, and many digital metrics we use to gauge popularity these days, is their ability to measure intent. One of the new paradigms of digital music is that sometimes songs are not popular because people like them, they’re popular because people don’t. It’s not uncommon these days for a song to become heavily buzzed, and a viral event to ensue because of either the curiosity or car crash factor.

Take for example “Accidental Racist” by Brad Paisley and LL Cool J. The song appears on Paisley’s brand new album Wheelhouse, but was not released as a single–the usual mechanism an artist or label would use to promote a song. Yet this week “Accidental Racist” charted on both Billboard’s Country Digital Songs Chart at #18, and their all-encompassing Hot Country Songs chart at #23. On the Hot Country chart, that’s only 4 spots behind Brad Paisley’s actual current single “Beat This Summer,” and on the Digital Songs chart, “Accidental Racist” actually beats his current single by 5 spots. Both the chart and commercial performance of the song is something any label or artist would be extremely happy with for a brand new song. 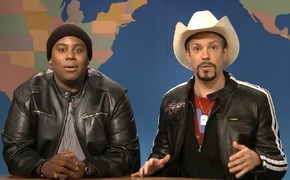 “Accidental Racist” made big headlines over the last couple of weeks for its controversial, and what some consider, comical lyrics. Huge media outlets like CNN, USA Today, and Fox News ran feature stories on the song. Big pop cultural opinion generators like Saturday Night Live and Stephen Colbert lampooned the song. And people seeking to hear the song for themselves downloaded it, or took to their music subscription service of choice to see what all the fuss was about, driving the metrics of the song up for the wrong reasons.

In fairness to “Accidental Racist,” not all reaction to the song has been negative. While media outlets and entertainment shows have generally taken a negative reaction to it, certain Brad Paisley fans have applauded the bold direction of the song, and the dialogue it attempts to stimulate. But as a simple album cut, the song would have never excelled like it did without all of the negative press it was afforded. I’m not sure it is worthy of the “New Worst Song Ever” title some have wanted to award it, but it might be the first example of a song performing well on music charts and in the commercial market because many people don’t like it.

Along with the trappings this paradigm presents currently, the next question is will there be artists who create songs simply because they know they will be either controversial or considered bad? Controversy has always been a viable marketing strategy for music, but with viral events on the rise and metric activity measured so in-depth, it may become an even more common calling card for artists looking to get publicity before a big release. And yes, there’s no reason to think we couldn’t see an artist come out with a song that is purposely bad simply to garner a viral reaction from the public.

If our music data can’t judge intent, and that data goes into influencing our opinions about popularity, there’s no reason to think that as time treks on, artists and songs may become widely popular and commercially successful not in spite of being bad, but because of it.