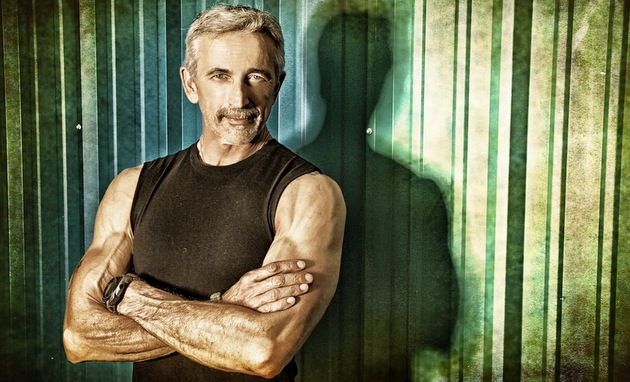 “You’ve got to stand for something, or you’ll fall for anything
You’ve got to be your own man, not a puppet on a string”

“And I wouldn’t have it any other way
If there’s a price for bein’ me, that’s one I’ll have to pay”

Those words from the choruses from Arron Tippin’s signature songs “You’ve Got To Stand For Something” and “I Wouldn’t Have It Any Other Way” seem to ring true today as they did in the early 90’s when the songs crested the Billboard Country Top 10. Today Arron Tippin is still recording music and touring, and is currently working on a 25th Anniversary album, and is ringing a tune about how the tide might be turning for country in the right direction, finally.

This time last year or the year before, quotes from veteran country stars criticizing the direction of country music seemed to be nearly a daily occurrence. Now it seems the sands have shifted, or at least that’s the sense Arron Tippin gets.

“Certainly country music went into an entirely different direction than what it was in the ’90s when I was having hits,” Tippin told Go386.com ahead of a show at the Peabody Auditorium in Daytona Beach on Tuesday, 1/27.  “It got to where it was about the beat instead of the lyrics. All of us out of the ’90s are all sitting around going, ‘Wow, I wish a great song mattered again,’ you know. I gotta say that here recently the industry seems like they’re trying to swing back. There are songs out there that are starting to have some life to them, have some meaning. That’s the core of great country music it’s the songs.”

As Tippin says, country music appears to be shifting away from so-called “Bro-Country” to music of a little more substance lately, and though there still seems to be much more work to be done and a few more Bro-Country hits could still materialize (or something even worse to take its place), positive signs that country is moving in a more positive direction are appearing. From Carrie Underwood cresting the top of the Billboard Hot Country Songs chart for seven straight weeks with “Something In The Water” while Florida Georgia Line’s “Sun Daze” stands pat many slots back, to Florida Georgia Line releasing a song like “Dirt,” the backlash against Bro-Country is starting to have an effect.

Arron Tippin says he wasn’t immune from his record label trying to use him to chase trends back in his heyday, but most of his successes came from his own hand.

“…several times the record labels tried to whitewash me, take me in another direction,” Tippin says. “Boy, every time we tried it, it was a mistake. I don’t think they maliciously did it. They thought they were trying to do the right thing…Truth is every time we had success, only one time was it from somebody else’s song. I’m not trying to say I’m the greatest songwriter who ever lived, but what I did matched me well. I think people related to that.”

2015 counts 25 years for Arron Tippin writing, singing, and performing country music, and he has plans to celebrate the milestone by embarking on a 25th Anniversary tour and a new album that will feature both new music, and new versions of some of his older songs. Though Tippin missed being part of the “Class of ’89” by one year—a class that included Garth Brooks, Clint Black, and Alan Jackson—he’s one of the artist who’s benefiting from the effort to put older country music back on the radio through NASH Icon and other more classic-oriented country stations.

“I can’t believe it’s been 25 years since I started this amazing journey,” Tippin says. “It’s so much fun to look back on these last 25 years and to still look forward to many more.”