Is Shania Twain to Blame for Broken Promises on New Music, Or Mercury Nashville? 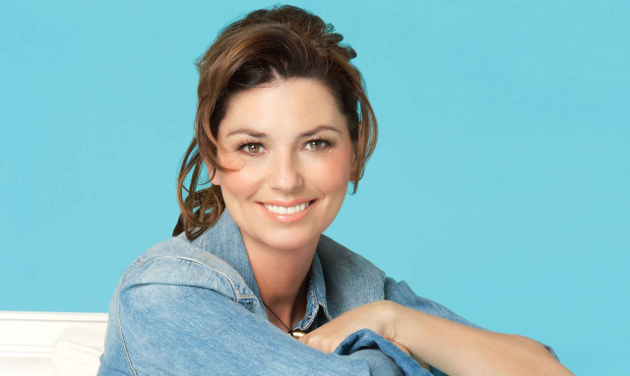 “It’s good to see all of you too. I hope to be seeing a lot more of you.” -Shania Twain after making a surprise appearance at the CMA Awards, November, 2008.

Please don’t mistake this as clamoring for Shania Twain to re-emerge in country music. It has been a pleasant last 15 years to be virtually devoid of Shania and her pop songs and leopard-printed onesies aside from a few Vegas residencies and a 2015 tour, especially after her last record Up! set the table for the pop invasion in country music over the next decade by offering an exclusively pop version of the album to consumers on its way to selling some 11 million copies.

Of course if you go back and listen to those early Shania singles like “Any Man Of Mine” or “Whose Bed Have Your Boots Been Under?” they sound like Earl Scruggs next to today’s radio fare, but that’s another story. At least the unretirement of Garth Brooks presented some interesting tentacles for how country music may respond, and before you cite how Garth’s new music has flown well under the radar in the grand scheme of things (and it has), just appreciate that Garth is currently the reigning CMA Entertainer of the Year. So yes, his re-emergence had an effect.

But these Shania Twain fake-out’s about how new music is on the way, or surprise appearances that never occur, and the farewell tours or appearances have been going on for well over a decade now have finally got her fan base fed up. In November of 2008—nearly 10 years ago—when Shania surprised everyone at the CMA Awards to present the Entertainer of the Year trophy and said, “I hope to be seeing a lot more of you,” people took it as a sign that Shania was setting them up for a huge comeback.

Since then it has been one veiled reference and one broken promise after another. The latest was Tuesday evening (4-19) when Shania fans stayed up late and dutifully tuned into the terrible James Corden show on CBS after Shania tweeted Monday, “Looking forward to talking new music tomorrow…” And of course, like always, it didn’t happen. Instead Shania’s banter with James Corden was about her stage fright, leaving legions of Shania fans feeling gypped. In February, Shania told Rolling Stone that she would be releasing a new single in March, with a new album coming in May. March has come and passed, and May is fast approaching, yet no new single, and no official announcement of new music has been made.

Now amid damage control after the numerous fake-outs and fervor from her fan base about new music, the story from the Press-Enterprise is that new songs will emerge during Shania Twain’s set at the Stagecoach Festival on April 29th. Yeah, don’t hold your breath, though at this point Shania’s camp has cried wolf so many times, she pretty much has to deliver something.

But let’s not lay these new music shell games and surprise appearances and announcements that don’t pan out entirely at the feet of Shania Twain. In all liklihood she probably deserves the lion’s share of the credit for leading fans on for the last decade, but how many times have we seen some Music Row major label scuttle the highly-anticipated rollout of a new single, or a new album? Frankly, it happens all the time. It’s just that Shania Twain has built up ten years of bad will and head fakes with all the rumor milling that it’s hard not to heap the blame on her.

But who is Shania Twain’s record label? It’s none other than Mercury Nashville—the same culprit in the currently terrible, half-cocked semi-rollout ahead of Chris Stapleton’s new record due out May 5th, From A Room: Volume 1. In Stapleton’s case, even though we had a release date for months, it took until weeks ahead of the release to finally get confirmation on a title, and even longer to get a pre-order link, or be allowed to listen to the first song. Even now some two weeks until the release, radio still hasn’t received the record’s first single.

At the 2017 ACM Awards on April 2nd—the same event Shania was rumored to be the evening’s surprise guest and never showed—Chris Stapleton performed a new song called “Second To Know.” But unlike all the other evening’s performers who had their songs available for purchase or streaming, Stapleton fans had no way to follow through if they liked what they heard.

The fact that Miranda Lambert saw sales jump for her current single “Tin Man” by 12,215% after her performance proves the economic stimulus a high-profile awards show appearance can stimulate. It wasn’t until Friday, April 13th, that a new song from Chris Stapleton was made available to consumers, and it wasn’t “Second To Know,” or “Either Way,” which has been announced as the first single from the album (yet still has not been sent to radio). It was “Broken Halos,” which has created even more confusion with the Mercury Nashville release.

The original rumor about Shania Twain’s surprise appearance at the April 2nd ACM Awards came from the Las Vegas Review- Journal (which has since pulled the story), and said that Shania would take the stage to debut a new single. Was that the plan, but Mercury Nashville didn’t have the new single ready to go? Did Shania refuse to perform if the new single wouldn’t be ready for download or streaming? Is Mercury Nashville attempting to juggle two releases from Chris Stapleton and Shania Twain at the same time, and that’s the reason for the disjointed releases for both?

Remember, Shania said back in February that her new album would be released in May—the same month Stapleton’s album is to be released. Most major label imprints release four, maybe five albums at the most all year. Planning two major releases for the same month is rarely heard of. This would tax the resources of any major label.

We will likely never have any answers to these questions because the doings of Mercury Nashville and other major labels is rarely disclosed to the public. Though Shania Twain fans have every right to be up in arms for having been misled by Shania and her camp about new music for the better part of a decade, they also have plenty of reasons to be leery of Mercury Nashville, who also happens to be busy promoting a new terrible single from Canaan Smith called “Like You That Way,” and just got finished pushing Lauren Alaina’s “Road Less Traveled” to #1.

Shania has been open about struggling to find her voice, and find her way musically after the separation from her long-time producer, writing partner, and husband “Mutt” Lange. But Mercury Nashville also appears to deserve some credit for leaving Shania Twain in the lurch. Maybe Shania Twain did want to make a surprise appearance at the ACM Awards, and speak about new music on James Corden. Why would Shania be on a late night show otherwise? And what would be the point of the Shania ACM rumor? Perhaps all of these things were true on Shania’s end, but Mercury Nashville just wasn’t ready. They certainly weren’t ready with Chris Stapleton.