It Has Begun – Reba McEntire Signs with NASH Icon 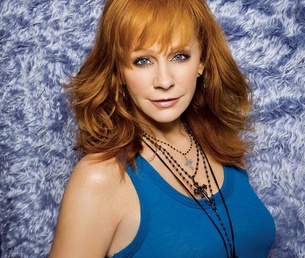 Tuesday morning, Reba McEntire appeared on Cumulus Media’s NASH-branded country music flagship broadcast America’s Morning Show to make a big announcement, and as speculated upon in the days before, Reba told the world she was the inaugural signee with Scott Borchetta’s and Cumulus Media’s joint record label NASH Icon—an endeavor that looks to put once high flying and still commercially relevant mature talent back on the airwaves, and back to a position of prominence in the mainstream.

The move was anticipated because Reba has worked with Scott Borchetta and the Big Machine Label Group in the past under the Valory Music imprint. Reba’s last two albums, Keep On Loving You and All The Women I Am were released under the Starstruck/Valory label, and Reba also appeared on a compilation released by Big Machine recently. Reba has sold over 80 million records worldwide, has a successful television acting career, and is seen as a large asset for the NASH Icon venture to build from.

Big Machine CEO Scott Borchetta was on site for the announcement, and said he has been trying to convince Reba to record a new album for the past three years, which she recently agreed to. Working with producers Tony Brown and James Stroud, Reba says she has 11 songs already recorded for the album, and “three more to record that I have found. I’m always trying to beat out what I have already, so we just keep looking.”

Reba also made a point of making the signing not just about her being a more mature artist, but being a woman. “It’s been kind of a weird time in country music for females, I would say, and it’s in a trend now that I’m hoping is going to be more female friendly, for personal reasons,” said Reba.

Later Reba spoke to Country Weekly about being NASH Icon’s first. “I’m very pleased to be the first artist signed to Nash Icon. I think that’s a huge honor that they selected me and asked me to be a part of it. I always like that part ’cause with the folks I get to work with and help me find the songs and get in and record with the musicians, after the songwriters have done such a great job, now it’s my turn to get out there and do what I love to do.”

The announcement comes during a period of good news surrounding NASH Icon. It was revealed earlier in October that the new NASH Icon affiliate in Nashville was beating the once high flying and thought to be unbeatable Bobby Bones in his home market in ratings. Great intrigue has surrounded NASH Icon because of its potential ability to split the country music format in two—something country has resisted for years. The split, which appears to be currently underway, would see a new format with older country music from the 80’s and 90’s returning to the airwaves, along with new music from more mature artists such as Reba.

READ: A Breakdown of the NASH Icon Playlist (AKA Merle’s Back on Radio)