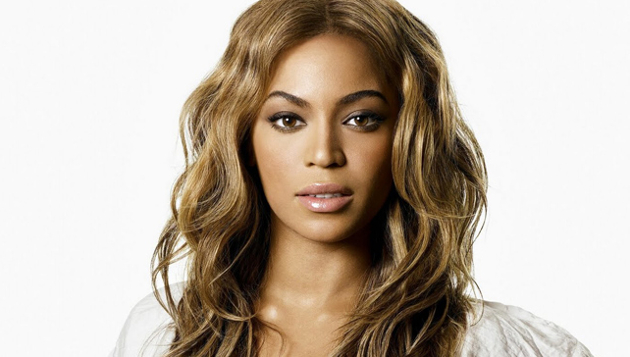 I promised myself I wasn’t going to get into the think piece war of words over the continued claims by many in the media that Beyoncé somehow got screwed at the 2017 Grammy Awards, and whether race or genre bias had anything to do with it. Many of these pieces were written before the Grammy Awards even started on Sunday, and aren’t worth debating the finer points of. But there is one point that I would like to enter into the musical brain trust, because it seems to be getting glossed over by both sides of the argument, and is of specific import to the subject.

Before I get to it though, I feel the need to point out that music artists who are victims of bias by awards institutions usually don’t walk away with multiple awards on the night like Beyoncé did on Sunday. Yes, she lost out on the evening’s biggest awards for Record of the Year and Album of the Year, but Beyoncé actually won for Best Music Video and Best Urban Contemporary Album. Beyoncé was also nominated for seven other awards, and in four separate genres, which is a Grammy record. Before the night even started Beyoncé was one of the biggest winners of the 2017 Grammy Awards, she received one of the largest performance slots of the presentation, and to try and assert there’s an implicit bias against her regardless of the reason is seems to be shortsighted, and somewhat ungrateful.

That said, I do believe that in Beyoncé’s career, she probably has deserved to win Album of the Year at least once, and it’s uncanny, even maybe a little unfair, that she hasn’t. Though her fans, and many of her sycophants and surrogates in mainstream entertainment media do Beyoncé a disservice by the all of the vitriol they stir and how they act like nothing is ever good enough for her, Beyoncé has clearly had a generation impact on music and culture that is incredible, and could or should be considered an apex contribution in music in a given year, if not multiple ones.

But the simple fact is that during the specific calendar cycle leading up to the 2017 Grammy Awards, Adele’s impact was greater. It was greater on sales, on critical acclaim, and across a wider swath of music listeners than Beyoncé’s was, easily certified by sales and other metrics. This is not saying that numbers should be the only factor in who wins awards, but they can help justify outcomes when you’re looking for bias.

Was Beyoncé’s 2nd place finish to Adele because of race-based reasons since Adele is a white performer, and thus finds more reception among a population that wants their music to be safe, and wants their performers to look like them? Perhaps that’s the case, but that is a hard thing to quantify. It’s basically an opinion. What’s easy to measure, account for, and certify are the votes from the Grammy population, and this year they believed that Adele had the better album.

But there actually was an artist that was so clearly a victim of systemic bias and rigging of the system at the hands of the 2017 Grammy Awards, it’s almost shocking. And nobody is talking about it. In fact Beyoncé was one of the very reasons this particular artist got marginalized.

That artist was Sturgill Simpson.

In recent memory, the Grammy for Best Country Album has been given out during the televised portion of the presentation. But in 2017, and seemingly at the last minute, the award was moved to the pre-telecast, which occurs in the afternoon hours before the primetime awards show. Obviously the vast majority of the 84 Grammy Awards are handed out during the pre-telecast to save time, including many of the country awards. But they usually save Best Country Album for the main show to give the country genre that moment of air time, just as they do for many of the other genres. But not in 2017.

What was the reason for the switch up? It was clearly because the Grammy producers thought Sturgill Simpson did not have the star power that they wanted to see showcased in primetime, so they relegated his award moment to the pre-telecast. What got moved onto the telecast in its stead? Best Urban Contemporary Album, which is often a pre-telecast award, and one that Beyoncé won in 2017. Best Country Solo Performance was also moved to the televised portion to represent the country genre instead of Best Country Album. Maren Morris won Best Country Solo Performance for “My Church.”

The difference between the pre-telecast and the primtime show is not just symbolic. To have your album or song singled out and recognized in front of the largest assembled music audience every year worldwide—in the case of the 2017 Grammy Awards, 26 million people—is not just an incredible honor, it results in a massive sales spike that can mean thousands, even millions of dollars for an artist when factoring in downloads, streams, physical sales, endorsements, and touring increases. And out of the norm, and out of custom—which is what you go looking for when trying to find evidence of bias—Sturgill Simpson was refused that primetime opportunity by the Grammy Awards despite his landmark win. And why? So that Beyoncé could have her moment on camera instead. If anything, this shows bias for Beyoncé by the Grammy Awards.

Now don’t get me wrong, you don’t see Sturgill Simpson fans complaining en masse about this clear bias against him. There’s no anger toward Beyoncé or even the Grammy Awards. No, instead Sturgill Simpson fans are walking around Monday with a grin from ear to ear and a pep in their step, because pre-telecast or primetime, their guy won. And yeah, it sucks that the Grammy Awards shafted him like that, and isn’t it just like the industry that when the underdog and insurgent finally rises up through the crowd, they still treat them like a 2nd class citizen.

But instead of being bitter, Sturgill Simpson fans are grateful. They’re grateful he got an award and another nomination at all, as well as a primetime performance slot. That gratefulness is something Beyoncé fans and her surrogates in the media could learn from.

Sure, it’s great to get some recognition from your peers. It’s great to stand at center stage and have a massive crowd clap your adulation while millions watch on. Beyoncé got that opportunity Sunday evening. Sturgill Simpson didn’t. In the end though, The Grammys are just awards, and neither Beyoncé, nor Sturgill Simpson need them to justify their contributions to the arts of American culture.

All the think pieces rattling off lists of the many reasons Beyoncé deserved these awards are the very reason she doesn’t need the Grammy’s blessing. Beyoncé’s legacy is not going to be hung on how many Grammy Awards she racked up, nor should it be. It will be hung on her music, her songs, her performances, her activism, and the grace she shows in victory, and defeat. That will be the ultimate measure of her music and cultural mark. And her fans and media surrogates shouldn’t sully that legacy with the endless accusations and attacks on a bias that is difficult to impossible to prove, and even if it did exist, is counter-balanced by the incredibly-favorable bias she receives from the media that is on par with no other music star of our generation.