“Damn it, the fight isn’t in Austin and it isn’t in Los Angeles. It’s right here in Nashville … and if we winand if our winning is ever going to amount to anything in the long runwe’ve got to beat them on their own turf.” Tompall Glaser

Are you beginning to get that tingling feeling you get when you know something monumental is happening and it can only lead to great things?

Producer Dave Cobb—known for his work with Chris Stapleton, Sturgill Simpson, Jason Isbell, and so many more—has signed on to be the new caretaker of the historic Studio ‘A’ on Music Row starting April 1st. Performer and pianist Ben Folds has been in charge of the space for the last 14 years, including helping to shepherd Studio ‘A’ and the building surrounding it through a stretch in 2014 where investors wanted to bulldoze it and build a condominium development. Ben Folds is citing his touring schedule and other demands as the reason he’s vacating the stewardship as the official renter of the space. 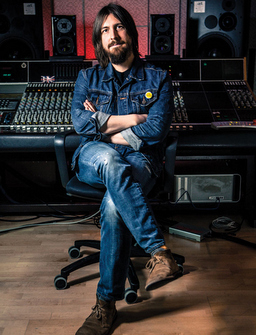 “I know the studio will be in good hands with Dave Cobb,” says Folds. “Dave is familiar with the history and inner workings of Studio A and he represents a bright future for Music Row.”

Many of Dave Cobb’s projects have already been utilizing the studio.

30 Music Square West was originally built in 1964 by guitarist/producer Chet Atkins, studio guitarist Harold Bradley, and producer Owen Bradley. It was originally known as “RCA Victor Nashville Sound Studio,” or “RCA Studio ‘A’. Half of the building is offices that include high profile tenants such as Jamey Johnson, and the other half is the oversized Studio ‘A’ space originally built to facilitate the recording of string sections that were often used during country music’s Countrypolitan era.

In 2014, the building was bought by Bravo Development who originally said they would try to preserve the space, then ultimately sent tenants eviction notices and made their plans to bulldoze the building known. At the 11th hour, philanthropist Aubrey Preston swept in to preserve the building before placing it in a trust owned by multiple investors, including large Music Row property owner Mike Curb, and healthcare executive Chuck Elcan. Despite the age of the studio, it continues to be in high demand because of the history of the space, and the sound it brings to recordings.

“I’m proud to be entrusted with the keys to one of the best-sounding rooms in the world,” says Cobb. “My plan is simple: Honor the history of Studio A while making sure its unique sound carries forward onto new songs and albums with new artists.”

But this is more than just Dave Cobb signing up to rent a studio space. It  feels like a very symbolic enshrining of the new spirit taking over Nashville and Music Row amid the successes of many of Dave Cobb’s studio projects, and the organic approach he brings to the recording process.

Dave Cobb is up for Producer of the Year at the 2016 Grammy Awards in February.