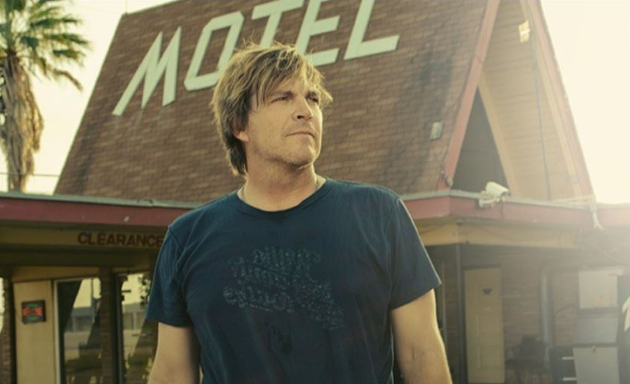 We all know the story arc for Texas country artists by now, or at least we should. It starts off with a tiny label or independent releases, hitting the honky tonks in the Texoma region hard and heavy, getting big opportunities at the regional festivals and putting together a strong fan base. Then wanting to see it all continue to grow, they get highlights in their hair and head to Nashville, participate in a few songwriting sessions with professionals the likes of which they’ve never worked with before, get slotted with some producer who they invariably cause friction with because they’re stubborn Texas bastards. And after a few mild-performing singles and albums that don’t make them super rich, but have the folks back in Texas stenciling “sellout” over their mug, they’re summarily dropped from the big label and head back home.

Jack Ingram just happens to be a few years ahead of the curve since he got started a little earlier than some of the other big names in the Texas scene. And like Pat Green who followed a very similar trajectory to Ingram, Jack took some seven years off after being shelved by his major Nashville label (Big Machine in Ingram’s case), and now he’s back doing whatever the hell he wants, writing songs with his friends, singing about the things that mean something to him and speak to his own life experiences, and loving life in that genuine Texas way that makes the country music of the region inviting, warm, and true in a way Music Row could never capture.

Midnight Motel is kind of an insane record. Surely you’ve heard a track here an there where they leave the studio banter uncensored on either the beginning or end of a song, capturing some funny moment or some other thing that the producer or performer decided needed to be included. Midnight Motel has more of this than I have ever heard on a record. In spots it is interesting. In other segments it feels a bit superfluous and you just wish they would get to the song. And in other instances it is absolutely essential, and it’s all essential to the spirit of this album.

Jack Ingram wanted to let everyone know as soon as they turn this record on that he doesn’t give a damn anymore about “making” it in music, or making tons of money from it. That’s all in the past. Finito. If he does make money henceforth, it will be on his terms. And just in case you question his resolve about this after hearing some of the stuff he released on Big Machine, Jack’s gonna yammer a bunch in between songs to show you he’s serious that he doesn’t want anything more than regional radio touching this stuff.

The songwriting on Midnight Motel ranges from good to brilliant, and is handled mostly by Ingram himself including many of the album’s best cuts. A few other notable names come in for assistance like Lori McKenna, Mando Saenz, Will Kimbrough, and Liz Rose. The first cut called “Old Motel” makes you wonder if this record is going to have anything to offer after it starts off with a bunch of behind-the-scenes studio noise, and moves forward relying on Ingram’s laid-back vocals, and an endlessly-repeating simple guitar riff for over six minutes. But later the opening song reveals itself as the perfect way to start off an album like this, and is one of the most infectious songs of the record. 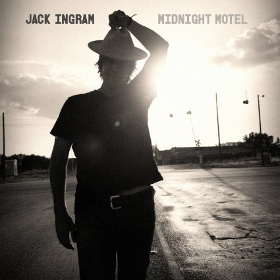 Midnight Motel is not just an album, it is an experience. Many artists try this, but Jack Ingram, producer Jon Randall, and his Beat Up Ford Band pull it off. There are so many great songs, but there’s maybe even more better moments. There’s a song called “Blaine’s Ferris Wheel” about a concert promoter in San Angelo that starts off with Jack telling a long-winded story about Blaine and how he once booked Merle Haggard. To be frank, the story that Jack tells sort of meanders and is hard to keep up with. But when he sings the song right after you hear the story, it becomes this brilliantly unfurling masterpiece where every turn of the story is enrapturing and ripe with warmth and wisdom.

Most songwriters or performers would not have either the latitude or ability or guts to do something like this. A song like “Blaine’s Ferris Wheel” would be like an inside joke without the story. So Ingram says shit, let’s put it right there on the record and pulls it off. There is a separate version of this album without all the banter. If you need a coaster for your coffee table, go in that direction. Otherwise, you’re selling yourself short by not getting the whole thing.

And “Blaine’s Ferris Wheel” might not be the best-written song on the album. There are two “cousin” songs back to back (for lack of something better to call them) that also boast prodigious lyricism and pentameter, while also laying out the life lessons you can so easily see Jack accruing through the arc of his musical career.

“Nothing to Fix” says:

Don’t pick up what you can’t put down
Don’t walk away just to turn around
Don’t sell what you wouldn’t buy
Don’t pretend to know just to wonder why.

Though the themes of the two songs appear to tackle two entirely separate issues, the songs together equal something greater than their separate parts, just like the story and the song of “Blaine’s Ferris Wheel.” Jack Ingram may have taken seven years to release an album, but he really took his time to do this one right, and everything that happens in Midnight Motel is purposeful and intertwined in a way that pulls you in deeper than most music is able to go. This album isn’t as much conceptualized as it is thought out and delivered with love.

And I articulate all of this sensing that Midnight Motel still has wrinkles and tricks to it that I have yet to unravel, and that a record like this is likely to only get better with subsequent listeners.

Yet Ingram hasn’t become some aloof musical zen master overnight who will be too esoteric for most as they go searching for something simple to tap their toe to. Ingram may be a reformed Music Row refugee, but he’s still a drinker, and makes that known in “I Feel Like Drinking Tonight” and “I’m Drinking Through It,” which are about as straightforward as they sound. Jack doesn’t ask much from his band on this album, and there are numerous acoustic songs, and others that are fairly stripped down. Nonetheless, everything sounds full and alive.

Ingram says in the liner notes of this record, “All these songs were written, worked on, started, finished, lost or found and recorded around midnight and in and out of some motel on the road. We made this record playing music together all in one room … We could see each other without looking through walls of glass or borders any kind. A group of musicians listening to the songs and playing them with the only intention of giving the music what it needs to become something worth giving away.”

So many of these Texas country artists are saddled by past trespasses in the eyes of certain country purists who scoff when they simply see their names. But the loss is theirs. Jack Ingram has paid the dues, fought the battles, seen it all, and now can sing about it with authority. It’s easy for some to sit back and swear they’d never sell out when the truth is they never had the chance to because they’re either not talented enough or too lazy. Meanwhile Jack Ingram has seen both sides of the coin, is man enough to admit he went dancing with the devil, yet made it back in one piece and made a record that not only atones for any past transgressions, but is bred specifically from those lessons while being fearless in its approach and articulating things no ordinary 13-track record could ever convey.

Midnight Motel is on Rounder Records.