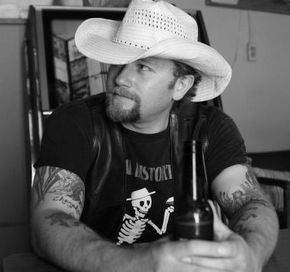 Jackson Taylor and The Sinners have rescheduled this upcoming week’s shows after what initially appeared to be a sore throat has turned into a potentially more serious situation for the band’s illustrious frontman. Taylor came down with what he thought was a throat infection last week but decided to soldier through a New Years Eve performance at Banjo’s in Pittsburg, KS. The band then decided to reschedule shows at Guitars & Cadillacs and The High Note in Illinois to January 22nd and 23rd to give time for Taylor’s throat to rest up. But since then Jackson has discovered a lump in his throat that has the singer and his fans concerned.

“I feel awful about canceling the shows this week but there is a very large lump in my throat that is aggressively growing and I am not sick at all but I have totally lost by voice,” Jackson said to fans on Facebook. “Two words that make me nervous when used in a sentence together when referred to me is ‘Lump’ and ‘Throat’ and I have only lost my voice 4 times in over 2000 shows. I am sure it is nothing but it needs to taken this serious so I am back on my way to Denver to see a specialist.”

Jackson Taylor and the Sinners are a full-tilt, raucous country rock band that’s regularly identified with Texas Country, Outlaw country, and Southern rock all at the same time. They released Cantina Del Diablo in February of 2015, featuring previously-released songs cut live in a stripped-down acoustic manner. They also released a Live At Billy Bob’s Texas CD/DVD combo in 2014.

“I take my shows very serious and it’s a matter of pride that I do everything I can show up and play my best,” says Taylor. “I know the next few days will be a bit nerve racking for my Princess and the boys but I am positive it will be just an odd infection that my body hasn’t recognized yet … It is scary the drastic changes our lives take at a moments notice.”

Meanwhile fans are hoping for a positive prognosis for the frontman.

***UPDATE: According to Jackson Taylor, the lump has shrunk from its previous size today (1-3), making them think there’s less of a chance it’s Cancer.  He sees a doctor on Monday to look into it further, and also has an appointment to see a throat specialist.

***UPDATE (2): From the band:  “For everyone concerned we’d like to let y’all know Jack’s throat condition is a serious case of tonsil infection with calcified bacteria. We are glad that’s all it is and we’re also glad we will be able to honor all the shows scheduled this month and beyond. That includes THIS SATURDAY at Rockett CafÃ© in Rockett TX. We would love it if you could come say hi and wish Jack well as we are all SO happy to be rid of this scare. Thank you as always for the continued support and well wishes. It means a lot!!!”