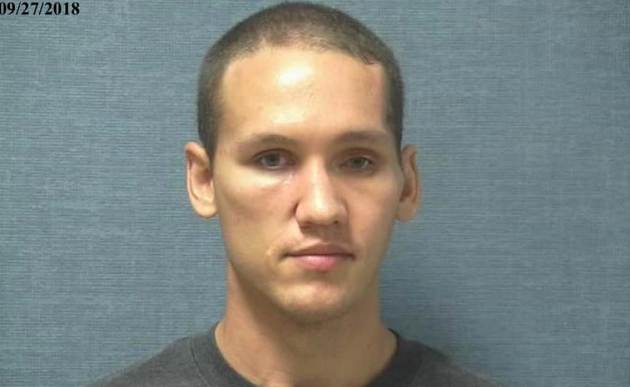 Jacob Stockdale, formerly of the Stockdale Family Bluegrass Band, entered a plea of insanity in the killing of his mother and brother in a Stark County, Ohio courtroom Thursday morning (1-17) after being formerly charged with murder in the case in late September, 2018, and turning himself into authorities. It was also revealed that a grand jury has concluded that the death penalty was not applicable in the case. Stockdale’s attorney argued that his client may not be mentally competent to stand trial, and requested the court appoint a doctor to evaluate Stockdale’s mental state.

Jacob Stockdale was a member of the Stockdale Family Bluegrass Band that played regionally around Ohio, and was featured on the ABC reality television show Wife Swap in 2008. On June 15th, 2017 Jacob Stockdale allegedly killed his mother, Kathryn Stockdale (54), and his younger brother, James Stockdale (21) at the family’s home in Stark County, Ohio.

As officers arrived at the residence due to a 911 hang up call, officers say they heard a shot ring out, and found Jacob Stockdale just inside the door in with a self-inflicted gunshot wound and a shotgun nearby. They later discovered the mother and brother dead. The father, Timothy Stockdale, was not at home at the time of the incident, and the oldest brother, Calvin Stockdale, was not living at home at the time.

After receiving extensive medical treatment over the last 18 months, Jacob Stockdale can now walk and communicate. Prosecutors waited until he was able to make appearances in court before formally charging him in the double murder. Jacob Stockdale initially plead not guilty to the charges. Still no motive in the killings has been presented by prosecutors in the case. If convicted, Jacob Stockdale could face 15 years to life in prison for each of the charges.