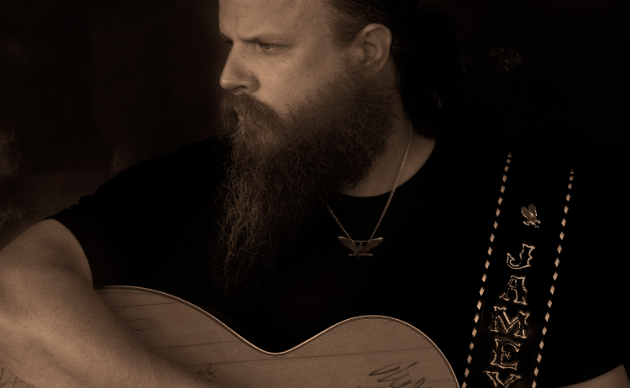 It doesn’t matter who your favorite country artist is and how long you’ve been waiting for new music from them, virtually nobody has been waiting longer than Jamey Johnson fans. And they may have to wait a little bit longer.

Jamey Johnson hasn’t released an album of original material for going on seven years now, and has been vocal about being saddled with a bad publishing deal that kept him from earning significant money from his songs, and that caused him to struggle with writing any new material. Johnson has seen a few significant cuts with other artists over the last few years, including a recent co-write with George Strait aptly-named “Kicked Outta Country.” But his live shows regularly feature a sizable amount of covers since he hasn’t been writing new songs.

In an extensive interview with KentuckyCountryMusic.com published on Sunday (6-11), Jamey Johnson gives a new, previously unmentioned reason for why his creative output has come to a virtual standstill. In the interview Johnson explains that it was a concussion he suffered 7 years ago that has been partly, or mostly to blame for his lack of new songs or new albums.

“I’m making progress on the creative parts of my brain,” Johnson says. “It’s been about 7 years ago, I got a concussion. I slipped on some ice coming out of the studio one night and I hit my head pretty hard. What I found out from a neuroscientist out in Scottsdale, Arizona, here recently is that ever since then, my brain has been locked in a hyper vigilant state, which it focuses on survival. Anything that isn’t directly relevant to survival, it just doesn’t focus on [at] all anymore.”

“So out went the songwriting, or the focus on songwriting, or even the openness to it even,” Johnson continues. “I can still write. The craft is still there. The inspiration isn’t always there and even when it is, it isn’t very easy for me to focus on it the way that I once did. But it’s coming back little by little. So that’s one of the reasons for going so long.”

In November of 2014, Johnson launched his own record label called Big Gassed Records, and afterwards there was a flurry of activity, including releasing a Christmas record, a couple of singles, and a record from Chris Hennessee. But since then there has not been much news, especially on the front of any new music from Johnson himself.

Jamey Johnson also cites his rabid desire to tour as one of the reasons he’s not been writing new songs, or releasing new records.

“We have been touring so aggressively for the past ten or twelve years that it’s just not in harmony with what is required for me to be successful in the writing room,” he tells KentuckyCountryMusic.com “It’s hard to come off of the road where you got two or three days in between runs. It’s hard to come home and drop your luggage and head right into the writing room. I live alone. I don’t have a housekeeper … so when I get home, I got a lot of work to do just to pick the house up … The only way I’ll be able to completely write out of sheer inspiration, I’d have to come off the road for a period of time for a good while. I’m not ready to do that yet. The truth is, I really love it. I love traveling. I love playing all of these shows for all of these folks. I love that they love it and I could do that for a long time. I don’t see me ever quitting it.”

Jamey Johnson also regularly cites his frustrations with the music business, and specifically his inability to make money off of his music as a reason for his lack of motivation to release new songs. In February, Johnson signed a new deal with SESAC, and used the opportunity to condemn the “archaic” laws that govern how songwriters get paid—a hot button topic in music at the moment due to streaming resulting in less money for songwriters compared to physical sales and downloads.

“The energy at SESAC is something I haven’t experienced in my professional career, and it’s great,” Johnson said at the time. “I need to be surrounded by people who are motivating me to write. One of those motivators is knowing that I have someone looking after the money generated from my writing, and that I am actually going to get the royalties that I feel like I have earned.”

Jamey Johnson’s continued frustrations with the business with music also came up in the new interview.

“I can remember a manager that I butted heads with one time. He sent me a message on my phone and said, ‘I just wanted to be the first to tell you your new single died at country radio today.’ Well he and I hadn’t talked in several months and that’s because the last time we talked, he was trying to force me into correcting my mix on [a] song so that we can get more spins at country radio. I didn’t want to stop what I was doing to work on that mix because I’m already [doing] something else. His message just kind of stunned me of how the level of cruelty exists in this business … I wanted to tour around until I get too old to go and play my songs for those people. I wanted to inspire that generation and their kids’ generation, and their kids’ generation the same way my heroes did for me. All that he wanted to do is to tell me that my single died at country radio.”

The interview also delves deep into Jamey Johnson’s band, his relationship with slain country music artist Wayne Mills, his 13-year-old daughter, and many other topics.