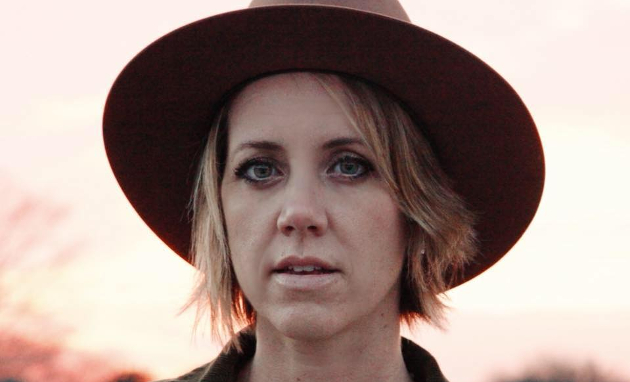 Texas music singer, songwriter, spirit animal, and general badass woman Jamie Lin Wilson has announced her latest album Jumping Over Rocks slated to be released on October 26th. Her follow up to 2015’s Holidays and Wedding Rings, it comes at a time when Texas music is looking for headliner-caliber women, and looking in the direction of Jamie Lin from her magnetic stage presence, years of service in the scene, and songwriting that has turned legendary in Texas/Red Dirt circles.

Jumping Over Rocks includes a host of Texas music talent contributing to the project in both the songwriting and performance department. Aside from a recording of Guy Clark’s “Instant Coffee Blues” with guest vocals by Jack Ingram, all the songs on Jumping Over Rocks are co-written by Wilson, with half of them being solo writes. The album also includes Wilson’s co-write with Evan Felker of the Turnpike Troubadours on “Oklahoma Stars”—a song Turnpike cut themselves on their latest record A Long Way From Your Heart.

Other songwriting collaborators include Jack Ingram on the opening song “Faithful and True,” Mike Ethan Messick on the first single “The Being Gone,” and Brian Wright on “In A Wink.” Jumping Over Rocks was recorded at Arlyn Studios in Austin, with guitarist Charlie Sexton, along with Richard Millsap, Trevor Nealon, Cody Angel, and Courtney Patton contributing. The title of the record is taken from the song “Death and Life,” which is an epic that took Wilson a total of four years to write.

Ahead of the release, Jamie Lin Wilson has made available “The Being Gone,” which listeners can very much relate to Jamie Lin Wilson’s real life. As a mother of three, she often has to come and go on crazy schedules to make her music career work, and this pushing and pulling of priorities comes through in the writing and performance.