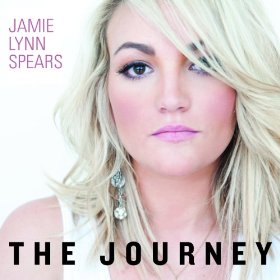 “So, Brittney’s little sister wants to be a country music star after getting booted off Nickelodeon ’cause she got knocked up at sixteen.”

This is the conclusion most high-nosed country music snobs can come to upon hearing that Jamie Lynn Spears has bent her back to the pursuit of a country music career, without even having to listen to a peep of her music. At first notion, the premise of Jamie Lynn Country seems so flimsy and transparent, it’s darn near a forgone conclusion that it can be nothing more than bubble gum and choreography.

Then when Jamie released her first single, the co-penned “How Could I Want More” in November 2013, many high-nosed music snobs had to spread mustard on their presumptive words and eat them. Not that “How Could I Want More” was Song of the Year material or anything, but it made one pause and consider for a moment that for all we knew, Jamie Lynn Spears could come out as one of these critical country music females like Kacey Musgraves or Ashley Monroe, and impress with weighty composition and artistic merit.

Or maybe releasing “How Could I Want More” ahead of an album was simply a way to diffuse critics, and creep onto the right side of the country music gatekeepers. After hearing Jamie Lynn’s full EP The Journey, the latter may not be a bad theory.

“How Could I Want More” certainly defines the The Journey‘s critical apex. Otherwise, the album starts off with two very commercially-oriented and formulaic offerings. As true as the story behind “Shotgun Wedding” might be for teen mom Spears, aside from a few moments of lyrical wit, the EDM-enhanced, banjo-backed intro and the predictable chorus make any enjoyment about as lasting as the joy in most forced marriages. “Run” is also fleshed out with oft-trodden cadences and sonic tropes; the somewhat interesting chorus progression notwithstanding.

“Mandolin Summer Sun” is all rhythm, and the hook and melody feel very forced. While the last song, the sedated “Big Bad World”, finally offers some of the same intimacy and vulnerability we hear in “How Could I Want More”, and Spears finally allows the listener to connect with her through story.

Really, there may not be enough here with The Journey to truly make any hard and fast determination about Jamie Lynn Spears the country singer, not just because we’re only given five tracks for insight, but also from a feeling of ambiguity or lack of direction in this release that leaves more questions than answers. Does Jamie Lynn Spears want to be known as a singer like Carrie Underwood? A songwriter like Taylor Swift or Kacey Musgraves? Is it all about the entertainment factor? What is her overall style or message? The Journey doesn’t really go very far in answering any of these queries. This could be on purpose, using this EP like a weather balloon simply to gauge public sentiment to see if the younger Spears is worthy of being picked up by a major label (The Journey was released independently on “Sweet Jamie Music”), or what style or songs will work for her moving forward.

Spears herself has said she’s “trying to figure out what the exact sound” is she wants to go with, and some of the material on The Journey sounds downright dated, like female pop country from the mid to late 00’s. Reading up on the album, you find out “Shotgun Wedding” was likely written in 2008 or 2009, giving it a good half decade to grow stale.

Even in 2014 though, half baked and dated material still bests most of what is coming from mainstream country males, and it’s only fair to grade The Journey among its peers. “How Could I Want More” is pretty good, “Big Bad World” is not half bad, and the other three tracks are pretty forgettable, but not offensive.

One Gun Up. One Gun Down.

Preview & Purchase Tracks from The Journey