Jason Aldean Just Admitted to the Dumbing Down of Modern Country 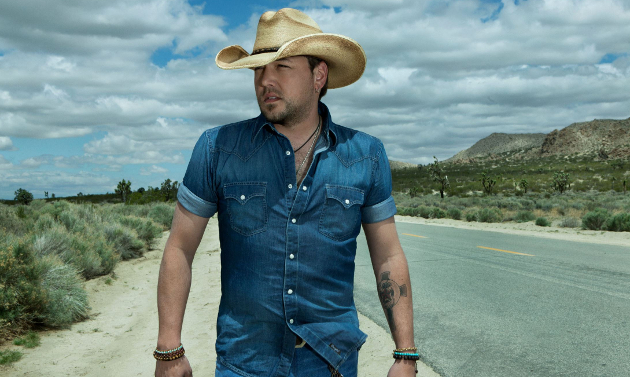 I was just telling Jason Aldean that he needs to keep his mouth shut for his own good, and this is why. Aldean’s cup runneth over with haphazard notions, and he’s been a virtual cornucopia of bad quotes ever since he released his latest record, They Don’t Know. Funny how the title of the record implies the stupidity of others, while all Aldean has done since releasing it is sow stupidity himself in numerous interviews.

His latest gaff pretty much spells out the problem with his music, and the music of many of his modern Bro-Country cohorts. Jason Aldean admits that he assumes a stupid audience that doesn’t want to think, and panders to this dumbed-down mindset through his music—while at the same time calling out folks for how “They don’t know” about the rural mindset and way of life.

“You have to always be conscious of the songs. I never want the songs to be too songwriterly or too clever,” Jason Aldean said to The Guardian in a recent interview. “I think you do have to make it, to some extent, black and white. The song has to say what it means and it means what it says. If you try to get too tricky with the lyrics, it gets confusing. You don’t have to listen to it five or six times to really get it. If it’s something I have to go back and listen to over and over again to figure what it says, it’s too much work for me and it’s too much work for the listener.”

That never stopped Kris Kristofferson, Townes Van Zandt, Guy Clark, or Roger Miller from writing #1 country songs. If it wasn’t for cleverness, none of them would have ever had a career.

This quote from Jason Aldean proves that modern country is purposely seeking out material that is dumbed down, and in turn is likely dumbing down the audience that’s tuning it to listen. That’s why the concerns about the content of country songs goes beyond musical tastes or concerns of quality. Ultimately it becomes a much deeper cultural issue.

Jason Aldean also turned some heads with his quotes on the state of rock music.

“There’s not any cool rock bands any more,” he states. “All those guys we go watch now were big back then. That’s a reason why Guns N Roses can go on tour this year and sell out every night. They’re badass, but there’s not bands like that no more. There’s a void in rock’n’roll music that a lot of us have filled.”

Yet there is a whole slew of Southern rock bands that have been making lots of noise in country lately, specifically Whiskey Myers who just released a new album produced by Dave Cobb, and Blackberry Smoke who has a highly-anticipated album coming out in early October. When Blackberry Smoke released their last album Holding All The Roses in February 2015, it hit #1 on the Country Albums chart—the first independently-released album to do so in the modern era. Apparently Jason Aldean wasn’t paying attention.

It’s probably expecting a little to much from Jason Aldean for him to say something smart or thought-provoking in an interview (Songwriterly? Really?). But at the same time, his honesty about the songs he selects for his albums is pretty concrete verification that artists like him truly look to pander to the lowest common denominator, and purposely avoid material that may uplift or challenge their fans.