Jason Aldean Needs To Shut Up & Count His Money 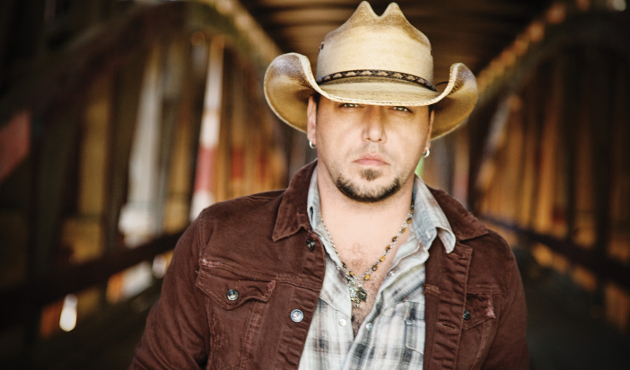 I’ve always said that despite musical differences, if I was driving down the road and saw Sam Hunt, Luke Bryan, or Florida Georgia Line on the side of the road with their hood propped open and holding a set of jumper cables, I’d pull up beside them and give them a boost. It’s not because I like their music, it’s because in the end, our opinions about music are superfluous to our humanity. People first, then music. I can’t stand 95% of Luke Bryan’s stuff, but by all accounts he’s a great guy off the stage, not limited to all the things he done for his family, taking in his sibling’s son after the passing of his sister and her husband, along with the things he’s done for farmers and charity, and not in ways that are exclusively about self-promotion like so many celebrities.

But I think I would just drive on by if I saw Jason Aldean stranded, and may flip him the bird for good measure, especially after the things he’s said surrounding his new album They Don’t Know. Apparently their marketing angle for the new record is to come out all defiant in the media, taking jabs at folks and how they just don’t “get” the South and the corporate country culture that he’s a part of.

“It’s a fucking ridiculous term,” Jason Aldean says about Bro-Country in a recent choreographed Billboard puff piece that couches Jason Aldean as sticking up for blue collar America. “It’s incredibly insulting to me. It’s meant to describe guys whose songs are all about pickup trucks, drinking beer and girls. It’s meant to talk down to us—me, Luke Bryan, Florida Georgia Line, all of us. They haven’t bothered to listen to the body of work I’ve recorded over the years. At least take time to do your homework.”

Do your homework? That’s what douchebag 19-year-olds say in YouTube comment sections. Though I can’t speak for everyone, Saving Country Music has done its homework, digging back into to the past of not just Jason Aldean, but most all of the current Bro-Country acts and giving them credit for the good songs released early in their career, and for good album cuts on otherwise bad albums—both exercises which featured Jason Aldean prominently. But all those few select good songs prove is that Jason Aldean and others know better, and still release bad music with impunity and rapidity.

All this “life ain’t fair” bullshit is coming from a guy who was emblazoned on the front of People Magazine in a cover story touting him as an amazing family man on the same exact week he was caught in L.A. getting handsy with some American Idol castoff. Aldean later blamed poor judgement and said nothing happened beyond a little bit of heavy petting in the bar. But of course now he’s married to that girl, Brittany Kerr, so how are we supposed to believe anything he says? What Jason Aldean chooses to do in his personal life is really none of our business … until he flaunts it in our face that he’s a family man while he’s philandering, and then turns back around and puts the ire on the public and the media for not understanding him.

Same goes for his misstep of wearing blackface during Halloween in 2015.

The worst part about the blackface incident was not the blackface itself. I’ll take Jason Aldean at his word that he’s not a racist, and wasn’t intending to lampoon black people with the costume. But for the love of God, you’re a country music superstar. Are you really surprised folks freaked out when you wore blackface? It’s not the intent, it’s the abject stupidity and lack of self-awareness of not knowing any better, and how it couches country music and its fans as a bunch of backwards idiots.

“If that was disrespectful to anyone, I by all means apologize,” Aldean goes on to say. “That was never my intention. It never crossed my mind.”

First off, saying you’re sorry if someone was offended is not an apology, especially when it comes 10 1/2 months too late. And yes Jason Aldean, it never crossed your mind. Yet in this same Billboard interview you’re skewering people for not doing their homework. In what universe would wearing blackface in 2016 be considered socially acceptable by someone in the public eye?

This is the reason that it’s imperative that true country music fans, true blue collar Americans, and people of just general decency publicly distance from someone like Jason Aldean, and lump his music into some demeaning subgenre with terms like Bro-Country. So many folks love to say about the efforts to criticize music, “Hey, why do you even give attention to those guys?” It’s because as a country fan, I sure as hell don’t want someone pulling up Billboard and thinking that somehow Jason Aldean represents my viewpoint or perspective on music or life as a country music fan.

At the heart of the title of Jason Aldean’s new record They Don’t Know is this assertion that everyone but Jason Aldean and his surrogates are stupid and just don’t understand. We need to do our homework. It’s a “We don’t like your kind” affirmation for 2016.

I haven’t even heard the new record, and thanks to Aldean excluding it from all streaming services for the first month, I don’t have to. And unless a legal copy drops in my lap, I won’t listen. Because I sure as hell won’t be dropping $10.99 to support this type of misguided rhetoric, say nothing about the terrible singles we’ve heard from the album so far.

Saying “They Don’t Know” is not the right country music attitude. That’s not trying to create a big tent. That’s not putting our best foot forward. That makes us look like a bunch of judgemental simps. And as if Jason Aldean truly knows what it is to be from the sticks these days, or his music somehow represents the authenticity of rural or Southern living. Jason Aldean’s music is voyeuristic escapism for suburban boredom. The true rednecks of America are either listening to classic country, or jamming Kid Rock as they cook meth.

“Don’t talk down about things you’ve never experienced,” Aldean says to sum up the sentiment of the title track on the new album. What does this even mean? Aldean is trying to couch himself as some sort of victim of something, when he’s wealthy and successful beyond his wildest dreams. If he doesn’t like the way his legacy is being painted, then quit doing and saying dumb shit, and release some decent tunes.

The new music on They Don’t Know will be dealt with in due course. But in the meantime this attitude and marketing angle Aldean has taken can’t go unchecked. The reason Jason Aldean is the reigning ACM Entertainer of the Year is because he’s been wildly successful in his career and is emblazoned in the public spotlight. But the reason he was recently snubbed completely by the CMA is because he’s a bad representative of what country music should aspire to be.

Jason Aldean wants it both ways. He wants to be considered country music’s outspoken bad boy, while also whining about the inherent unfairness of how he’s perceived. And nowhere in that mix is humility, gratefulness, or even a hint of remorse for the mistakes he’s made.

Get over yourself Aldean. Shut up and count your money.