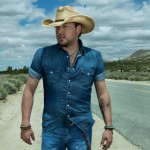 In Music Row’s everlasting quest to train all of its resources on scouring America to unearth only the finest, most purest form of audio diarrhea, they have struck the mother of all motherloads originating from the unholy bowels of Macon, Georgia’s Jason Aldean. Yes Nashville, pat yourself on the back, let all of the Auto-Tuned stars sing out in unison as Stratocasters bray out a cacophony of stadium rock riffs in unified celebration–you have officially discovered the shittiest country music song to ever touch the human ear drum.

Jason Aldean and his crack team of producers and songwriters were exhaustive in their efforts to compile only the absolute worst elements from every corner and crevice of popular music and then assemble them together to compose this ode to the decay of Western Civilization. At their dispose are hip-pop, wiener rock, laundry list country, Auto-Tune, and the general douchebaggery awfulness caused by a complete lack of self-awareness that Jason Aldean is a exemplary specimen of. These ingredients are then extruded into a feces-like industrial slurry that is injected into the hollow, mulleted, cop-mustached corpse of 90’s country semi-star Joe Diffie’s lifeless career.

If you want to find the spontaneous generation of these awful country music pickup truck songs that are the scourge of today’s country radio, look no further than Joe Diffie’s “Pickup Man.” But the irony here is the pubescent and 20-something douche rocket cultural front running suburbanites that this type of country rap will appeal to don’t have any idea who the hell Joe Diffie is, and furthermore, won’t care. His music will sound like Hank Thompson to their tender ears and will be written off as old fartastic country crap. 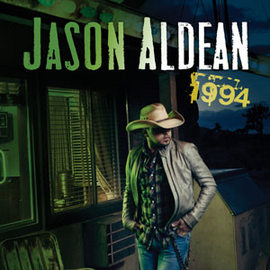 That’s where “1994’s” terribleness becomes exceptional; in the consensus it has created about how awful the subject matter is. The website Taste of Country that usually enjoys being nestled in the warm back pocket of pop country, and that waives the pom-poms for nearly all of the industry’s glaring missteps, gave “1994” 1 of 5 stars, saying, “Aldean’s recording would lead one to believe 1994 was a watershed year in country music. It wasn’t.”

That’s the underlying problem with “1994.” It’s not just the dumb rapping, it’s not the awful lyrics or rock guitar, the canonizing of Joe Diffie of all people, or the anachronistic appearance of Grey Goose vodka that wasn’t around until 1997. It’s the attempt to evoke nostalgia from the mid-90’s as a moment of cultural abundance or reflection of any sort. Even Taylor Swift knows the era right now rich with cultural re-generation and nostalgia is the 80’s.

I don’t want to completely write off Joe Diffie. The guy had some good album cuts. Joe Diffie had a little something when mainstream country had a bunch of nothing. But in the end I’m not even confident in saying that songwriters Thomas Rhett, Luke Laird, and Barry Dean aren’t actually fucking with Jason Aldean and the rest of us by putting together this song and daring for it to be cut and released to radio. They may be sitting back laughing their asses off at all of this.

Do I understand the levity and the long history of country music that must be considered to declare “1994” the worst country song that has ever been released? Yes, yes I do. And yet I still stand firmly behind that opinion.

Congratulations country music, you have reached a new low.