Jason Aldean’s “Burnin’ It Down” (A Roast)

Trigger Down with Pop Country 172 Comments 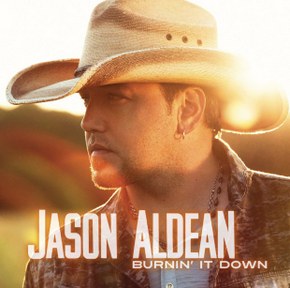 Oh Jason, this is most unfortunate.

Since Jason Aldean has re-entered the single life after getting caught in a douche-soaked nightclub on the Sunset Strip handling up on some American Idol semifinalist castoff, now he thinks he’s Mr. Sexy, taking cues from Jerrod Niemann and entering the EDM space to keep the child support money streaming in.

As the first single from his upcoming album, “Burnin’ It Down” is a Casiotone piece of impersonal electronic awfulness in which any sign of true human inspiration or involvement has been so antiseptically scrubbed in lieu of animatronic tones and absolutist perfectitudes, the term “soul” has been completely and forever banished from being associated with this robotic piece of misanthropic pap. This isn’t a song, this is some guy with a MacBook Pro, a tub of Red Vines, and the cool tingle of cocaine tickling the edge of his nostrils creating an electronic sound bed to send over to Aldean’s studio so he can overlay his Auto-tune’d vocals and call it good. As Tom Petty would say, “You put your name on it, but you didn’t do that.” Even the guitar tones have been been so exhaustively massaged by 1’s and 0’s they sound like the warning signals emitted from a Star Wars protocol droid right before it explosively self-destructs. A kitten aimlessly careening across a Korg keyboard in a catnip stupor could make a more compelling composition than this.

Sorry Jason Aldean, but this song isn’t sexy, it’s creepy. “…with you baby layin’ right here naked in my bed.” They should exhume Barry White and make it the sole goal of the international scientific community to revive him for the exclusive purpose of kicking Jason Aldean’s ass for this song. What does Aldean know about sexy time anyhow? Aldean ain’t got the moves like Jagger, he’s got the moves like Grimmace. Mating couples won’t find “Burnin’ It Down” sexy unless they get equally horny for the annual return of the McRib. This song is a awkward as a hard on in a Speedo. “Burnin’ It Down” isn’t for intimate couples, it’s for lonely women to get all lubed up with in anticipation of an intimate encounter with Clyde the battery-powered hammerer.

How the hell is this considered “country” in any capacity? Talk about “Burnin’ It Down”, I wish the palette of votive candles featured in the stupid lyric video would set fire to the studio that birthed this monstrosity with the masters still in it. If the couple in this video gets turned on by shadow puppets, I can make my middle finger erect and have it look just like a love bird. The best part of this song ran down Aldean’s pasty inner thigh and ended up as an embarrassing stain on his $700 sheets. He should have worn a rubber instead of inseminating our ear holes with this public health audio pandemic. No, that burning you feel in your genitals isn’t from erotic allure, it’s because this song is the audio equivalent of a pussing venereal onslaught.

Oh, and Florida-Georgia Line took time from rolling naked in their own piles of money to co-write this song. So there’s that. Yeah, Aldean should have gotten the hint when country music’s boy band was handing him down their sloppy seconds that it would result in a career embarrassment.

Come on Jason Aldean, stick to singing about the common man and their struggles. That’s what you’re good at.

You should have kept this one in your pants.