Trigger Down with Pop Country 109 Comments 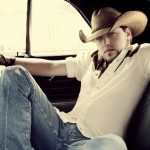 Jason Aldean’s country-rap breakthrough hit “Dirt Road Anthem” is climbing the charts, and after the recent release of the video and his performance with Ludacris at the CMT Awards, I suspect it will remain in the Top 10, if not take one of the top tier spots very soon. So I thought it might be fun to peel the skin back and see what this puppy is made of. And I’ll even tie one hand behind my back by steering clear of the merits of country rap as a whole.

First off, as I’ve said dozens of times before, 70% of the songs on mainstream country radio can be traced back to Bob Seger’s song “Night Moves”, and “Dirt Road Anthem” is the high school nostalgia rehash yet a-fucking-gain. How many times do we have to regurgitate this song people? It was parody a dozen years ago, and so were the stereotypical cornpone laundry list lyrics: The dirt roads, the ice cold beers, the backwoods; it’s as incessant as torture. Having to listen to these songs makes water-boarding sound like a refreshing summertime activity.

And if this is the “Dirt Road Anthem”, why is Jason standing on pavement during most of this song’s video? Maybe because he didn’t want to get dirt on his $700 designer jeans with customized rips painstakingly cut by Vidal Sassoon himself? Something tells me Aldean’s idea of roughing it is not getting his balls shaved that morning.

Not a specific comment about the rapping itself, but one of the reasons this song doesn’t work is because the rapping comes in completely incongruent with the rest of the song. Colt Ford, who wrote this piece of shit can pull it off because that’s his bit. He can stand there with his gut pouring over his belt buckle and a pair of panties on his head, gnawing on a chicken leg and say whatever the hell he wants because he’s not supposed to be taken seriously. But Jason Aldean is trying to sing all soulful, looking reflectively off in the distance, pensive, in the throes of nostalgia, and then all of a sudden busts into this almost satirically-stereotypical laundry list of “countryisms”. This is especially evident in the second rapping part when he says, “And we like cornbread, and biscuits. And if it’s broke round here we fix it.”

Really? Please. And by the way, the next motherfucker that name checks cornbread in a country song, I’m killing a baby animal on their behalf.

This song is such a cry by Aldean for relevancy and attention. Taylor Swift brings twice the amount of heart to her songs. And this whole mentality of how the alpha and omega of life is marked by the titles freshman and senior seems like an unhealthy youth obsession that needs to be quashed.

This song is neither fish nor foul, very similar to the identity crisis facing country music as a whole: it wants to hold on to the stereotypical country elements, because that’s the marketing tool to suburbanites looking for escapism through the corporate country culture, but it wants to be hip as well. There’s no creative leadership, no innovation; just pandering. That’s why when you survey the landscape of popular country music, Taylor Swift looks like the most appealing option out there, and why despite her glowing weaknesses, she’s the most successful.

If you’re going to do country rap, do it right. This was the soft pedal, to ease people into the idea so they’re not too alarmed or made wise to the fact their culture is being sold from under them to help prop up dying corporations. I admit, it will probably work. But as a song, “Dirt Road Anthem” doesn’t.