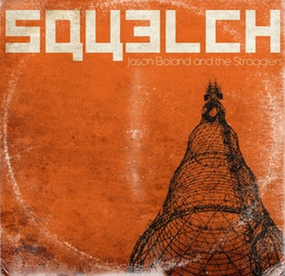 Beg, borrow, steal, sell a kidney, refinance your student loan, start working a second job if you have to, but either way you’re going to want to have some expendable cash laying around October 7th when Red Dirt legend Jason Boland and his venerable backing band The Stragglers release their eighth studio album Squelch via Proud Souls/Thirty Tigers.

Consisting of 11 news tracks, Squelch is said to “feature the brand of true, no-frills country music Jason Boland has built a sterling reputation on as one of the genre’s genuine ambassadors,” and “features an infusion of hard-edged rock via ‘I Guess It’s Alright,’ swinging honky tonk on ‘Break 19,’ driving Americana on ‘Heartland Bypass,’ and heartfelt country ballads, such as the beautiful ‘Do You Love Me Any Less.'”

Squelch will be Jason Boland’s fourth release with Thirty Tigers, and his follow up to 2013’s Dark & Dirty Mile—his first record to crack the Top 25 on Billboard’s Country Albums chart. As an independent artist, Boland has sold over 600,000 records, and is a regular on the Texas Country charts. With the momentum from his last record, Squelch may be Boland’s biggest album yet.

The new record was recorded with Jason Boland’s Strgglers consisting of Cody Angel on pedal steel and guitar, Nick Worley on fiddle, Grant Tracy on bass, and Brad Rice on drums. Long-time Straggler guitarist Roger Dale Ray left the band in December of 2014 for personal reasons, and was replaced by Cody Angel.

One of the true originals of the Red Dirt scene from Stillwater, Oklahoma, Jason Boland has a strong following in the Texas and Oklahoma region and beyond, and is known as one of the more traditionally-oriented performers of the movement.