Jason Isbell & Others Respond In Depth to Sturgill Simpson’s Comments 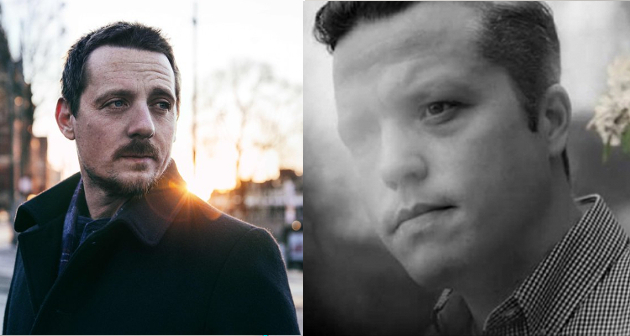 Now that some of the dust has settled since Sturgill Simpson made his inflammatory comments about the mistreatment of Merle Haggard on Monday (8-29), many others have taken the opportunity to weigh in on the matters on both sides of the country music cultural divide.

Nathan Poppe of News OK spoke to Jason Isbell on the subject ahead of a show the songwriter and Sturgill Simpson friend will play at the Criterion on September 12th.

“You know Sturgill. He’s fired up. He speaks his mind,” Isbell said. “I mean, he’s not gotten any support from mainstream country, and I haven’t either. I’m happy they seem to care about Chris Stapleton a lot. Any time I see him getting respect from that side of the fence, I think it’s a good thing for everybody. I think Sturgill was mad, and I’ve talked to him since then. What he was fired up about was the fact that they sorta co-opted Merle Haggard’s name and his legacy for business purposes. They’re a business. They’re out to make money. That’s not an excuse, but that’s their only goal. That’s it.”

Isbell went on to say that even though Chris Stapleton is finding a lot of support, it’s primarily driven from the fans, not the industry. “The only reason Chris is a success is because people enjoy the music that he’s making and they’re willing to buy it. That’s the only thing they care about. If he was somebody else and didn’t have good songs and people were buying those then they would make whoever that was a big deal.”

Others have weighed in on the issue as well, including Nate Rau writing for local Nashville paper The Tennessean, not taking exception as much with what Sturgill said about the disrespect of Merle Haggard, but more how he characterized Nashville.

“Setting aside the fact that the ACM is not based in Nashville, Simpson certainly brought up some valid points about Music Row and its cruel nature toward artists whose profitability begin to decline,” Nate Rau says. “However, if Simpson is truly serious about leaving town, then he is throwing the baby out with the bathwater. Whatever his issues with commercial country music, there is a significant sector of the music industry here that has been supportive of Simpson’s career.”

Country journalist David Cantwell, who wrote a well-received biography on Merle Haggard, responded with his own observations on Slate. Though most of Cantwell’s observations come in the form of reflections on Haggard’s career, he does say about Sturgill and his remarks,

“There was the militant opposition between what gets played on the radio and what Simpson termed ‘actual country music,'” Cantwell says. “There was the condescending claim that country audiences are dupes, the unwitting victims of ‘formulaic cannon fodder bullshit’ that’s been ‘pumped down rural America’s throat for the last 30 years’ (and this about a genre that hasn’t been primarily ‘rural’ since before Merle Haggard started cutting records in the early 1960s). There were the studied sour grapes of complaining you haven’t been embraced by either the mainstream country industry or the mainstream radio audience even while boasting you neither need nor desire such acceptance.”

However what Cantwell’s piece and others seem to miss is that Sturgill’s original post said nothing about being bitter against the industry—it only dealt with his issues about the disrespect of Merle Haggard. Only after his post went viral and folks began to respond did Sturgill mention that he would be “blackballed” from the industry. And even then, it seemed more about an acknowledgement of the facts as opposed to the swallowing of a bitter pill. Nonetheless, Cantwell does a commendable job framing Merle’s career while using Sturgill’s comments as a backdrop.

Two people who had surprisingly measured responses were Jason Aldean, and pop country uber morning host Bobby Bones. Jason Aldean asserts that people in Nashville do respect Merle and are aware of his contributions to country.

“I don’t know Sturgill, never met the guy, but I know he’s a great artist,” said Aldean. “The flip side of [his argument] is I feel like everybody in this town – every artist, every writer, every producer – we all are very much aware of the contribution [Haggard] had to this business.”

But like David Cantwell, Bobby Bones took the leap of faith that some or most of Sturgill’s comments were rooted in a bitterness against the industry for not finding more success, when Sturgill’s career has been a resounding success when measured against his peer group of independent artists. On his August 30th show, Bones discussed the subject extensively, saying that he has invited Sturgill on his show before, and Sturgill has declined.

“I like Sturgill Simpson. I respect him, because he’s been able to do it pretty much independently,” Bobby starts off saying. “I also love it when artists speak their mind. I love the fact that he’s speaking out, even if I disagree with him.”

But then Bones says, “There is no such thing as ‘actual country music.’ … That’s your definition of country music. Don’t put it on me. So I have a problem with that.”

Bones also went on to assert, “If you hold on to your roots, you don’t grow”—-turning around the often-used phrase in roots music, “You can’t grow if you rip your roots out of the ground.”

READ: Sharp-Tongued Criticism Has Always Been Country’s Way of Preserving the Roots

Whether for or against Sturgill Simpson’s comments, in a week that saw the annual ACM Honors gala in Nashville and the announcement of the CMA Awards nominations, it was Sturgill Simpson that dominated the news cycle and had everyone talking, while you now have folks like Jason Aldean going on record saying Sturgill Simpson is a “great artist,” and Bobby Bones saying, “I like Sturgill Simpson.” Like many current events in country, it will be hard to tell just what impact Sturgill Simpson’s words will have on the music until some more time has passed and we can reflect back. But one thing is for sure—the impact will be remembered.