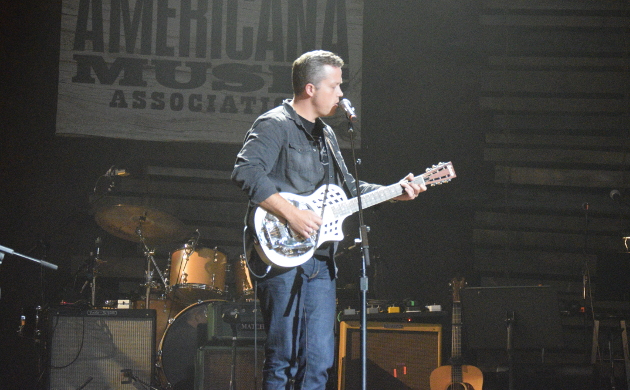 Jason Isbell has just added a slew of brand new tour dates for the spring to go on top of an already-packed winter touring schedule. Along with his current round of touring which just started last week with appearances in Texas, Oklahoma, Louisiana, and Alabama, Isbell will be playing throughout January and into February with James McMurtry opening, and in front of his band, The 400 Unit.

The new dates now take Jason Isbell’s touring schedule well into April and May, with marquee performances at the Savannah Music Festival in Savannah, GA on April 14th, the Stagecoach Festival in Indio, CA on April 28th, and a benefit concert for Huntsville Hospital Foundation in Alabama on May 10th. Richard Thompson will open on most dates.

Jason Isbell continues his head full of momentum from 2017, which saw the singer and songwriter receive a nomination for a CMA award for Album of the Year, sell out an unprecedented six consecutive nights at the Ryman, play a residency at the Country Music Hall of Fame, and land him in contention for Best Americana Album at the 2018 Grammy Awards for his most recent release, The Nashville Sound.

(Richard Thompson will open “most” shows)