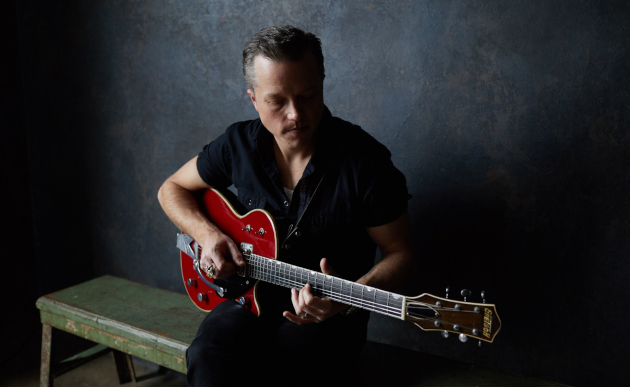 Pulse rates were raised last week when Saving Country Music chose to take Jason Isbell to task for his new single “Be Afraid,” and specifically the line, “If your words add up to nothing then you’re making a choice, to sing a cover when we need a battle cry,” which seemed to call into question the viability of songs from performers if they choose to not get political in their music, and political in the direction that is parallel with Jason Isbell’s beliefs. This was not just the assessment here. Numerous other critics and outlets concurred, including Rolling Stone, NPR, and others.

As was said here at the time, “There is nothing wrong with expressing political beliefs in music. And if people don’t like it, they can just not listen. But calling other artists to action while characterizing that another artist’s ‘words add up to nothing’ if they don’t speak up is a step too far … In the world of Jason Isbell’s ‘Be Afraid,’ you are not acceptable if you choose to not speak out. And as the current King of Americana, those words have a great impact.”

Some, if not many questioned this evaluation of the “words add up to nothing” line, and said I was being overly sensitive about the message, while others said that the song was not overtly political at all. Well if there was any question of what Jason Isbell meant with that line, he removed all doubt on Monday (2-17) when publicly responding to a comment on Twitter, retweeting his response so that his 300,000+ followers could see and join in.

“I am glad I can separate the art from the artist,” a Twitter user said. “Your music is great, but your politics blow ass.”

The tweet was subsequently removed by the user after they were bullied and harassed by numerous Jason Isbell Twitter followers. It’s was the kind of common, everyday snarky political tweet you regularly see on the internet that probably doesn’t even deserve a response, or attention. But the Twitter user did say he wouldn’t let his difference of political opinion hold him back from enjoying Jason Isbell’s music.

It’s Jason Isbell’s response that was not only troubling, and validating of his down-looking assessment of songwriters and artists who don’t hold his same political beliefs. It was also absolutely incorrect.

“If it ever gets to be too much for you, there are a lot of great songwriters out there who agree with you politically. Oh wait, no there aren’t,” Jason Isbell responded.

The comeback drew plenty of praise from Jason Isbell’s followers, with his response earning over 900 retweets and nearly 14,000 likes at the time of this post. Nearly all of the 500 responses to the tweet were in vociferous agreement with Isbell on his assessment of conservative songwriters, with the usual punching bags—names like Toby Keith, Kid Rock, Lee Greenwood, and Ted Nugent—getting dragged.

But the idea that conservatives, Republicans, or whomever else can’t or don’t write quality songs is a ludicrous, arrogant assessment, and defines the very intolerance, stereotyping, and closed-mindedness Jason Isbell and his followers profess to be against. In fact many of the respondents to the Tweet praised Isbell for fighting against bigotry and intolerance with his comeback.

About the only voice of reason in the over 500 responses came from traditional country artist Joshua Hedley, who’s usually part of the east Nashville snarky Twitter brigade, but responded to Jason Isbell, “Bro let’s be honest here, there are likely a shit ton of great country writers who are conservative. Bill Anderson wrote City Lights when he was 19 and idk….I don’t see him voting for Sanders. That being said, this particular dude seems to be an idiot.”

Like Joshua Hedley said, the amount of conservative songwriters who contributed to the American songwriting canon is incredible. To start trying to name them off feels like an exercise in the absurd simply because the names would be too vast to do it justice, and gives even a modicum of credence to Isbell’s assertion that conservatives can’t write quality songs, including ones that speak deeply to the human condition, or even engage in social justice. But the idea that you can’t be conservative and write quality music is once again an affront to the entire creative process, let alone the institution of music as a place where people of all political stripes can congregate, share expressions, and be exposed to other people’s perspectives and ideas.

And sure, perhaps there was an element of snark in Jason Isbell’s tweet, but similar to his line in the new song “Be Afraid” asserting that the works of musicians “add up to nothing” if they don’t get political, the tweet is being taken very literally by Jason Isbell’s fans, acolytes, and many of his fellow Americana artists, numerous of whom commented on or retweeted Isbell’s response.

This continuing attitude from Jason Isbell goes far beyond any arguments about whether artists should get political in their music, even though this is how it will be broached by his defenders with the same tired and canned responses and talking points, as opposed to seeing the bigger picture here of Jason Isbell’s attempt to grossly politicize the music space, and shame artists who don’t participate.

Saving Country Music also has no bias against Jason Isbell. Just two weeks ago, his record Southeastern was named the #3 Album of the Decade, and after seeing him perform recently, commented, “Future generations will look back at us with envy that we lived during the time when Jason Isbell was at his peak powers, writing and performing songs that would go on to define this generation, and still be sung and performed well into the future as a primary influence in songwriting and performance.”

However, this irresponsible and reckless evaluation by Jason Isbell of the musical contributions of individuals unwilling to speak out politically or who happen to be conservative is beyond the pale, and deserves to be vehemently challenged.