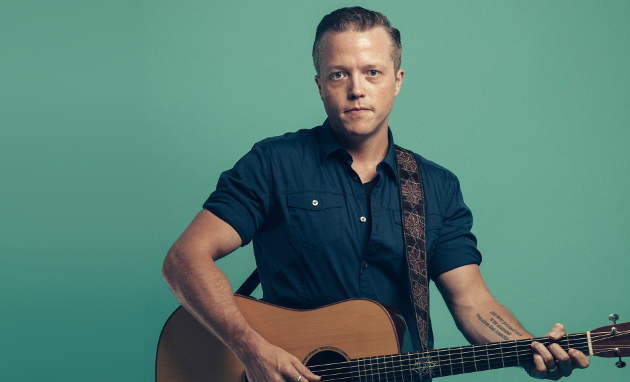 Live records can often be a wild card when it comes to sales, but Jason Isbell and the 400 Unit’s Live From The Ryman has proven to be a hit. Released on October 19th via Southeastern Records distributed by Thirty Tigers, Live at the Ryman was recorded during a six night sold-out stint at the Mother Church of Country Music in Nashville in 2017, featuring 13 live versions of songs from Isbell’s critically-acclaimed releases Southeastern for 2013, Something More Than Free from 2015, and 2017’s The Nashville Sound. Producer Dave Cobb also worked to help put this new live record together.

The successful debut also comes as Jason Isbell just wrapped up another sold-out six night run at the Ryman Auditorium October 22nd through the 28th, which among other things, saw guest appearances from Sturgill Simpson, and openers Melanie Faye, Bully, Jeff the Brotherhood, Diarrhea Planet, Molly Tuttle, and Amanda Shires. Jason Isbell has now sold out 20 dates in a row at the Ryman dating back to 2014.

Jason Isbell and the 400 Unit have appearances coming up on December 7th at the Dixie Carter Performing Arts Center in Huntingdon, TN, then a three night residency at the Lyric Theatre in Birmigham, Alabama December 8th through 10th. In 2019, he has appearances planned at the 30A Songwriters Festival in the Florida Panhandle in January, and then the Cayamo Cruise in February.