(This story has been updated, see below)

Jayke Orvis & The Broken Band crashed their shuttle-sized tour bus nicknamed “Eagle Hawk” Sunday night (1-12) while traversing the snowy Colorado roads in the midst of a 6 week Winter tour. Nobody was seriously injured, but members of the band suffered bumps & bruises and the bus was totaled. “We are all okay but I crashed the bus and it’s totaled,” says upright bass player Jared McGovern. “The roads were super icy and I slid and crashed into a truck parked on the highway…It was scary as all hell but aside from some bumps and bruises everyone is ok. Liz (fiddle player) is gonna have a nice shiner.”

Apparently a large truck had come to a complete stop in a lane on the highway because it didn’t have chains for the snowy conditions, and when McGovern came up behind it, he couldn’t stop fast enough to avoid it. The truck driver, not McGovern, was cited in the accident and it was determined to be the truck driver’s fault. The accident happened on I-70 near Silverthorne.

The band played at The Lions Lair in Denver on Saturday night (1-11), and was trying to make it to a show at The Black Nugget in Carbondale, CO when the accident occurred. “Were running way behind tonight. I-70 is extremely scary right now but we got snow chains on and are taking it easy on our way to Carbondale,” the band had posted on their Facebook page earlier in the evening. Carbondale is west through the Rocky Mountains on I-70 from Denver, and the area had been experiencing snow. Along with Jayke Orvis, the tour also consisted of James Hunnicutt, and the Urban Pioneers that include Jared McGovern and fiddle player Liz Sloan.

The band is looking for a new vehicle to finish up the rest of their tour with. The tour started on January 3rd in Ohio, and the next scheduled date is January 14th at The Celt in Salt Lake City. The tour is scheduled to head through Montana and down the West Coast, through Texas and the South and end up in New York State in late February. They are planning to play a makeup show at The Black Nugget in Carbondale on Monday (1-13).

Anyone willing to sell, loan, barter, or otherwise procure a touring vehicle for the band should contact them through Facebook. They are working with the truck driver’s insurance company to attempt to procure a rental or replacement vehicle to continue the tour.

UPDATE (1-13-14 2:35 PM CST):  “We are currently hanging out in a hotel in Silverthorne, CO trying to figure out the best to cancel the fewest amount of shows and get back on the road. The insurance company is working our claim but it could be 3 days before we know anything. We hope that we will be handsomely reimbursed but we have no guarantees and we don’t have a whole bunch of money on hand. We have a busted van full of records though so we’re gonna try and sell em. For a $50 donation we will send you a copy of the new Bless This Mess record hand signed by all the members of the Broken Band. We really hate to beg but we hate cancelling shows even more. Please send donations via paypal to brokenbandllc at gmail dot com. Thank you all for your ongoing support. We seriously couldn’t do this without you.” 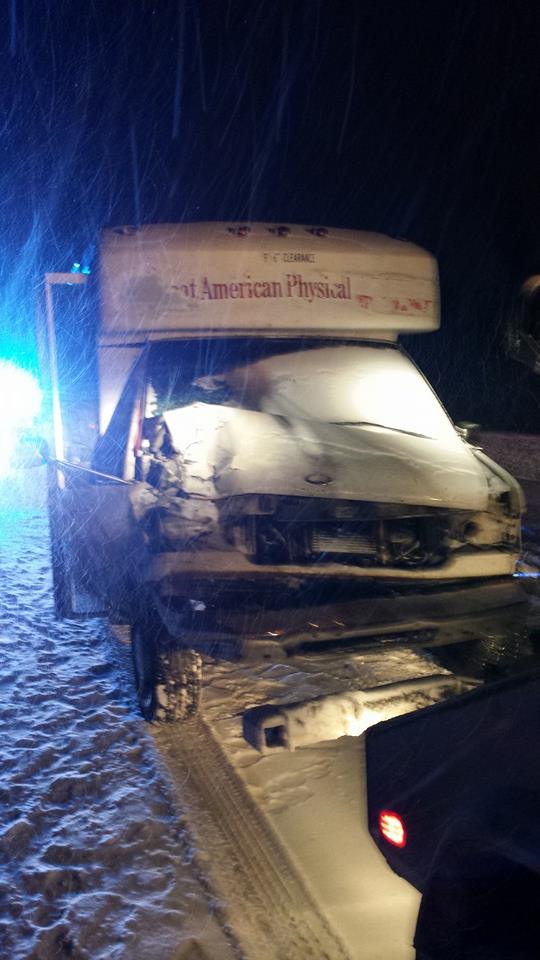