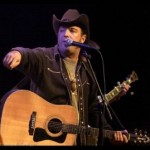 I’m gonna let the magic of video help tell most of this one.

In 2004, a legendary underground punk band called The Murder Junkies made a whistle stop in Austin, TX at a venue called Emo’s. 10 years before, Emo’s was the last place Johnny Cash ever played in Austin, and they have the stool he used that night hanging from the ceiling to prove it. The year before that Cash performance, The Murder Junkies became the backing band for the most infamous man in rock n roll ever, Mr. GG Allin. GG died shortly after, and at the time of the Murder Junkies 2004 stop in Austin, filling in as frontman for GG was a man named JB Beverley. It was the first time The Murder Junkies had played Austin in 12 years. Check it out:

Fast forward to Sunday night, and the scene was much different. JB Beverly was now fronting The Wayward Drifters, a straightforward, old-school, real country band. There may not be a better example of how as Nashville has abandoned it’s roots and the true country sound, musicians with punk and metal backgrounds have risen up to embrace those sounds and traditions. JB is also a great songwriter, and writes some of the best anti-pop/Nashville songs this side of Dale Watson:

The crowd was thin that night since this was a pickup gig on a Sunday, and they didn’t start playing until 12:30, but it was star studded. In the crowd that night was none other than Wayne “The Train” Hancock and his wife Gina.

Wayne regaled me with some very funny stories. Emo’s has two stages and two separate rooms. One time Wayne was playing on the bigger stage, where Hank III plays when he comes to town, but all the people were in the smaller room, where JB was on Sunday. So Wayne dropped a handful of stink bombs in the smaller room. The people fled and he doubled his crowd instantly. After telling me that story, Wayne stuck his hand deep into his black leather aviator’s jacket like he was digging for a flask, and let fly the loudest arm fart I’ve ever heard. A lady walking by turned and blushed. You’d never guess it, but “The Train” is quite the prankster.

You just knew Wayne was going to have to make it on stage at some point, and when he did, he serenaded his wife Gina with a new song:

Along with JB, the Wayward Drifters were filled out with the great fill-in bass player Braxton Brandenburg, and one of the best superpickers in the scene, the peerless “Banjer” Dan Mazer. Banjo, dobro, or mandolin, you will struggle to find a more proficient player. He played with Bill Monroe folks, and when double time is called for on the banjo, he can made your head spin with the speed. My favorite song of the set was a new one JB wrote called “Mad River High.” It is kind of a new sound for him, and really sucks you in:

I give the night overall two guns up, and afterward, JB Beverley and the boys headed back to the Hancock Hacienda, where the music kept going:

Here’s another video of JB Beverly performing “Dead Flowers” and Banjer Dan showing off his skills.