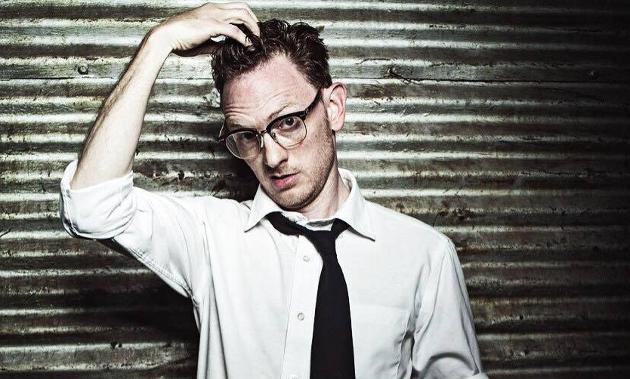 The notorious front man of Th’ Legendary Shack Shakers, The Dirt Daubers, and conspirator on many other projects Col. JD Wilkes will release a true solo album for the first time in his career. Called Fire Dream, it will be released by Big Legal Mess through Fat Possum Records on February 16, 2018. Recorded at Delta-Sonic Sound in Memphis, it was produced by Jimbo Mathus of Squirrel Nut Zippers fame, along with Bruce Watson. Dr. Sick of the Squirrel Nut Zippers also plays on the record.

“They were the perfect people to bring in. They could play any kind of style,” says Wilkes. “Jimbo has such an intuitive feel for blues and Dr. Sick, man, he’s the most amazing musician I’ve ever had the privilege of playing with. I don’t even know what his real name is, but that guy is awesome.”

The 10-track record also features appearances and contributions from Drive-By Truckers bassist Matt Patton, the horn section from Bluff City R&B band, The Bo-Keys, and backing vocalist Liz Brasher. Wilkes says of the album’s opening, title track, “It sounds as if a gypsy carnival blew in on a tornado and landed in a hillbilly junkyard. I tried to pay attention to the texture of the songs, both what was in them and how they connected to each other, and the record as a whole.”

JD Wilkes plays banjo, harmonica, piano, percussion, and hurdy-gurdy on the record, and says like most all of his music, it’s inferred by his Kentucky roots. “Of course, there’s bluegrass and hillbilly songs, but also blues, jazz, old time fiddle music, jug band music, even swamp rock,” says Wilkes. “It’s a great intersection there. I think I epitomize that in the way that I write and perform.” 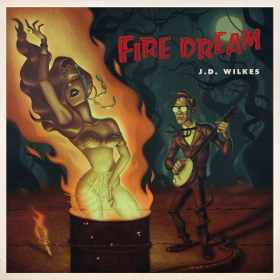 Don’t fret, Wilkes isn’t cutting loose from his Legendary Shack Shakers obligations to release this record, but you might see him do a run of more stripped-down, solo shows in the future. “I plan on approaching the songs more artfully live. I might be sitting on a chair playing banjo instead of jumping in the crowd like I do with the band. I’ll still want to entertain, it might just be more with my eyes and voice than my body. There’s a lot of stories and a lot of mysteries being revealed in these songs, and that provides its own kind of animation. That’s what I love about this record and this music … it moves.”

Fire Dream cam be pre-ordered on Bandcamp and iTunes.