Jerrod Niemann Is No Willie or Waylon (A History Lesson)

Trigger Down with Pop Country 128 Comments 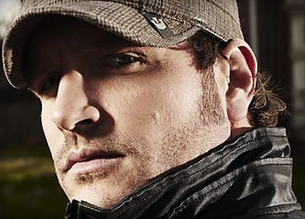 Tuesday was the release of Jerrod Niemann’s dumb new album High Noon, and before we’ve even had a chance to really delve into just how much of a mockery it makes of country music, Niemann’s already out there on the defensive, preaching to us how country “purists” really don’t know what the hell country music is all about, and how he’s just carrying on the traditions of Willie and Waylon by pushing the boundaries of the genre.

High Noon‘s first single “Drink To That All Night” drove country more in the direction of EDM than ever before, to the point where I’m not sure what’s country about it aside from the stupid, formulaic, country stereotyping lyrics. The second single from the album called “Donkey” promises to take this trend to a place many shades worse, and very well might go down as the worst song in the history of country music in this bear’s opinion—but that’s another story. A further perusing of High Noon‘s wares shows a lackluster effort of EDM and hip hop pandering veering towards a pop wasteland with little redeeming value afforded to distressed ears searching for any single reason why it shouldn’t be considered any more than some EDM/country mashup side project instead of a premier solo effort from an established country artist.

But that hasn’t stooped Jerrod Niemann from naming himself amidst country music’s Outlaw pioneers.

“When people think about country music, and they use the term ‘Traditional Country,’ they’re talking about something that has happened in the past,” Niemann tells Billboard. “But, when those songs were out currently, they were the freshest thing on the radio. Nobody was saying ‘Let’s go record traditional country.’ They just wanted to record music that meant something to them. Willie and Waylon were getting flack for being progressive at the time because they were mixing it with rock and the outlaw thing.”

Sorry Niemann, but that’s bullshit. Were there some voices saying that Willie and Waylon were pushing the boundaries of country music too far back in the day? Sure there were, and Saving Country Music has pointed this out before as well. But…

1) This had just as much to do with the fear people had of Willie and Waylon because they were shaking up the established Music Row system as it had anything to do with their music.

2) Willie & Waylon’s new take on country music was nowhere near outside the boundaries of country compared to what some artists are doing today. The musical equivalent to High Noon if Willie and Waylon would have done it would have been to cut straight up Disco records with country lyricism and called it country—and then thrown it back into the faces of critics before they even had a chance to raise a peep because Hank Williams was criticized too.

For example: What was Willie Nelson’s breakout album during the mid 70’s Outlaw era? Red Headed Stranger—the consensus pick by critics as the greatest country album of all time. What was the biggest single off of Red Headed Stranger, and really the only single of note from the album? It was a song called “Blue Eyes Crying in the Rain.”

“Blue Eyes Crying in the Rain” was a traditional country standard when Willie cut it. The song was written by Fred Rose, originally recorded by Roy Acuff in 1945—30 years before the release of Red Headed Stranger. It was also cut by Hank Williams in 1951, Ferlin Husky and Slim Whitman in 1959, and Bill Anderson in 1962 among others. Red Headed Stranger also had other classic country songs such as Eddy Arnold’s “I Couldn’t Believe It Was True” and a hymn called “Just As I Am” that get this Jerrod Niemann, was written in 1835, making it over 140 years old when Willie cut it. So saying that Willie didn’t say, “‘Let’s go record traditional country,” is completely bogus. One can make the argument that’s exactly what Willie said, and it resulted in arguably country music’s greatest contemporary work.

Meanwhile Waylon may have had a touch more rock in his sound compared to Willie or his other country artists of the time, but the backbone of his music was the steel guitar of country veteran Ralph Mooney, and Waylon was cutting songs like “Are You Sure Hank Done It This Way?” and “Bob Wills Is Still The King” that paid homage to traditional country greats. Then take a look at the lineup of The Dripping Springs Reunion—the gathering that arguably put the power of Willie and Waylon on the map. It included Bill Monroe, Buck Owens, Loretta Lynn, and other aging country greats that at the time were being forgotten by Music Row. Even as Willie and Waylon were rising in prominence, they were paying homage to the ones that came before them.

“I’ve always tried to respectfully add a few elements here and there,” Niemann tells Billboard. Are you kidding me? “Drink To That All Night,” Donkey,” and other offerings from Niemann’s High Noon aren’t respectful to anything but his label’s bottom line. Take a look at this video and tell me the non-country elements are just “here and there”:

The problem with Jerrod Niemann, the reason he’s even worse than many of his current pop country cohorts is because he knows better. I have no doubt Florida Georgia Line grew up listening to mixtapes with Hank Williams Jr. on one side, and Drake on the other. To Taylor Swift, Tim McGraw and Shania Twain are classic country. But Jerrod Niemann is 34-years-old. He’s not trying to push limits, this is last ditch effort to get attention from the industry in a no hold’s barred, sellout move to secure his share of the fortune being made off the destruction of country music. And no matter how much he wants to be in front of this issue, how much he preaches falsehoods about how country music once was, he’s simply a sellout in a woman’s Ross Dress For Less discount bin hat—and certainly no progeny of Willie or Waylon.