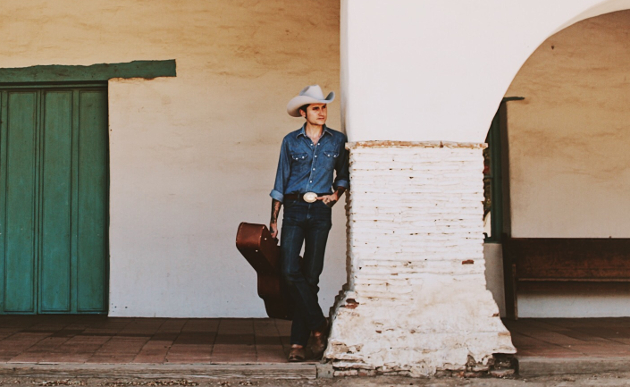 Every year Saving Country Music travels to the West Coast during the summer to scout for musical talent that is often overlooked in the Nashville and Texas music echo chambers. In 2018 the biggest discovery was singer, songwriter, and recovering punk musician Jesse Daniel of Santa Cruz, California. Part of a wider scene of Santa Cruz country music that also includes artists such as Miss Lonely Hearts and once gave birth to The Devil Makes Three, Jesse Daniel and his excellent band bring a striking energy and gritty edge to honky tonk music inspired by true to life struggles.

Saving Country Music reviewed Jesse Daniel’s self-titled debut album in June, but seeing him perform at the West Coast Country Music Festival outside of Ashland, OR proved he’s got the stuff to be receiving national and international attention, which he did when he was recently nominated from Best Honky Tonk Male by the Ameripolitan Awards for 2019.

One of the standouts from Jesse’s catalog is the song “SR-22 Blues” about the supplemental insurance a suspended license requires for driving. He recently participated in The Tomboy Sessions in Santa Cruz performing “SR-22 Blues” which can be seen below.

The Tomboy Sessions is a live music video series that features hand-crafted performances by touring band and local performers in Santa Cruz. Videos are shot in Tomboy, which is a vintage Western store in Santa Cruz. Mischa Gasch, owner of entertainment agency TourMore and the bass player for Miss Lonely Hearts, started the Tomboy Sessions in the spring of 2016 to bring national attention to the Santa Cruz music scene and give renowned bands one more good reason to make sure Santa Cruz is on their tour schedule.

If you get an opportunity to see Jesse Daniel live, don’t pass it up. You can check out his tour dates HERE.