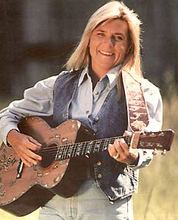 Jett Williams, the daughter of Hank Williams and co-executor of his estate was interviewed by Joshua Morningstar for his Morningstar Medicine Show on 89.7 WHSC in an episode that will air on on Wednesday morning (11-7-12). Jett had some interesting things to say about the Lost Notebooks of Hank Williams project that matched unfinished Hank songs with contemporary performers, and also clarified some information about the circumstances surrounding her father’s death.

“We’re really excited about that because as I travel the country and world, people say, “I have every one of your dad’s records, but I never saw him in concert.” And on these CD’s we have two live Hank Williams concerts, so the listener can hear what it was like when he did these shows. It also includes I think probably the best interview I’ve ever heard my dad give.”

A few people have grumbled about the audio on the Lost Concerts album being bad, but Jett says the quality issues lend to the project’s authenticity. 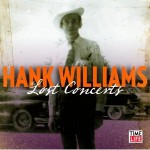 “We’re very lucky that technology has advanced as far as it has to be able to take these archival-type of recordings and be able to do some restoration to them. To me, (the quality issues in the recording) make it authentic. A lot of people today are so used to listening to this pristine technology. But I think it lends itself to the authenticity of the concert, and it gives you that energy.”

Jett is also very excited about the new movie about the final days of Hank Williams called The Last Ride, of which Jett appears on the soundtrack of, but she’s a little less enthused about the controversial Lost Notebooks project that tapped folks like Jack White, Bob Dylan, and Sheryl Crow to finish incomplete Hank Williams songs. Just like Hank Sr.’s grandson Hank Williams III, Jett was not asked to be a part of the project. 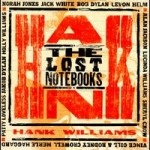 “I wasn’t asked for any role in that whatsoever. I think it was a great project, but I would have really liked to seen the artists when they tried to complete the lyrics of my dad’s music be a little bit truer to a Hank Williams vibe so to speak, instead of taking some words and going off and doing the song. It was like “here are some lyrics” instead of trying to think, “If Hank Williams was sitting here with me and it’s got his musical footprints all over it.” You would think that when you heard the song being sung by the artist, that it would have some kind of (Hank) feel to it, which I’m not feeling it myself.”

When interviewer Joshua Morningstar asserted, “I just don’t think you can sit down and finish a Hank Williams song.” Jett replied, “No, I suspect you’re right.”

As for The Last Ride movie, Jett explains that it is not meant to be a biography, but a portrayal of the final days of Hank’s life. During the discussion, Jett also clarified the circumstances around Hank’s death, saying that both Hank’s personal physician Toby Marshall and a second relief driver were present when Hank passed away in Oak Hill, West Virginia in 1953.

“Toby Marshall actually ended up in Oak Hill, West Virginia on that fateful trip. I mean he was there. That’s a little tidbit that’s always been left out. And there were actually two drivers and not one driver. He’s been identified as Donald Surface and he was hired in Blue Field (Virginia). So there were two drivers in the car, and both of those drivers were in Oak Hill when my dad was pronounced dead.”

“Hank Jr. and I, since we co-own the estate, we have to do business, and we’ve been doing business together for 15 years. We do not have a close personal relationship, but we do go along to get along.”

Joshua Morningstar’s complete interview with Jett Williams will air on 89.7 WHSC this Wednesday (11-7-12) at 10 AM Eastern.