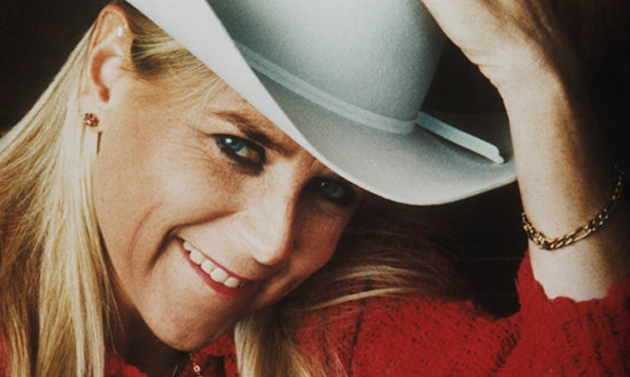 Along with all of the 142 songs from 73 separate shows and all the valuable banter in between them, the collection also comes with a bonus DVD of Hank’s daughter Jett Williams talking about Hank’s life and career with Drifting Cowboys Don Helms and Big Bill Lester.

“If you want to know what kind of guy Hank Williams was, if you spend the time to listen to the radio shows, then you get to hear his sense of humor,” Jett Williams tells Saving Country Music. “He laughs, he banters, he makes mistakes, he shows you that’s he’s not only a writer and an artist, he’s an emcee and an entertainer. It was if he was sitting at your kitchen table, and at a time that he’s at the top of his game in his career. 1951 was probably his best year, personally and professionally. It also shows what kind of music he liked outside of his own. He sang a lot of public domain songs, but he also sang a lot of hits of the day, and he was very strong in the gospel area.”

The release of the Mother’s Best recordings was hoping to take advantage of renewed interest in Hank Williams spurned by the biopic. But after many bad reviews and a poor showing at the box office, the opportunity to present Hank’s music to a new generation feels a bit lost.

“I thought Tom Hiddleston did a superb job. I thought he captured the physical resemblance, the mannerisms,” Jett Williams says. “But I would have liked to see a lot more focus on the music, and why did he write those songs? I felt that it focused a lot more on his personal problems, which everybody has, but not everybody can write “I’m So Lonesome I Could Cry.” I wanted to see more of what made him great.”

Across the board, reviews of the movie praised the acting and Hiddleston, but severely questioned the direction of the screenplay. Bad reviews were partly to blame for the movie delaying its release from late 2015 to early 2016.

“The movie took for granted sometimes that everybody knew what he had done,” Jett tells Saving Country Music. “If you knew about Hank Williams, a lot of it was very meaningful. But if you didn’t, you didn’t get a glimpse into this guy, and how he changed history, and why he was the very first superstar, so that a younger generation when they went to see it, they walked out of there and went, ‘Wow, I want to hear some more Hank.'”

“They did not ask anyone in the family anything,” she says. “There was no questions, or any suggestions. It was, ‘We’re going to do it our way.’ They didn’t license anything from the estate, not the name, no merchandise, anything. And it wasn’t until the 11th hour that Hilary, Holly (Hank Jr.’s daughters) and I were actually shown the movie. I went down to the set, but I went down on my own nickel, because I just wanted to go down there and see what was going on. But they asked not one person in the family one thing, and I can attest to that.”

But Jett Williams says she holds out hope that the iconic story of Hank Williams one day will get it’s proper opportunity in movie form, and perhaps stimulate a resurgence of interest in Hank Williams similarly to the way biopics on Johnny Cash, Loretta Lynn, and others created new interest in those country stars.

“I know that some of the reviews were negative, but one thing that impressed me was that all of the people that reviewed it still gave the greatness to Hank. They didn’t say ‘Well, it’s just that guy from Alabama, that hillbilly, there wasn’t really a whole lot you could do with him.’ Everything’s just got to line up. I think after this wave goes down, or we pass some time, there will be another chance. I do think the movie has brought up the name of Hank Williams and caused people to talk about it. So there is some goodness in it. I’m old enough to say never say never. Because just as sure as you do, it will come right back around on you. Hopefully somebody with step up to the Hank plate, and knock it out of the ballpark.”