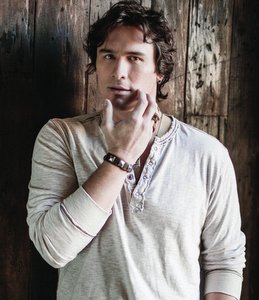 Joe Nichols continues to be one of the most confounding country stars in mainstream country music today, many times saying one thing, but doing something much different. Unlike many of his contemporaries, Nichols has tried to stay true to himself and the roots of country music, yet he’s not above straying away at times and trying to tantalize radio with a catchy single.

Nichols has a new album expected in 2016, and tells Taste of Country about it, “The country stuff that we have on the album is very country, it’s very good stuff lyrically, musically. And I think the radio singles are made for radio.”

That’s mainstream country code for, “Album cuts are great and the singles suck, but it’s what the unclean masses will pay attention to.”

In the same interview, he also dropped the very curious nugget that he will be covering Sir Mix-A-Lot’s massive hip-hip hit from 1991, “Baby Got Back” on the new record. The news took interviewer Billy Dukes so aback, he didn’t know if Nichols was joking.

“I do have a dry sense of humor, but it’s really true. We’re gonna do a country version of it,” responded Nichols. “I’m telling the truth. It’s going to be on the record.”

Apparently Joe’s planning to do the song in a country shuffle style. Nichols says it’s going to be a hidden track, but with the way Music Row’s A&R reps have a nose for the awful, don’t be surprised if it ends up a hit single.

Nichols’ lead single from the new album “Freaks Like Me” is not terrible despite some fairly clichÃ© lyrics, but if they were looking to make a big splash with the song, so far that has failed. Like so many singles from artists all across country in 2015, “Freaks Like Me” has failed to get out of the shadow of the #50’s on the charts.