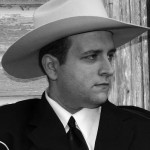 Today is the released date of Long Gone Daddy, an album Curb Records is releasing that contains outtakes from early in Hank Williams III‘s career when he was under contract with the label. Most of the material on the album has been released previously, on compilations or tribute albums or bootlegs. One of the songs, “This Ain’t Montgomery” was written and co-performed by Joey Allcorn from Columbus, GA, and originally appeared on Allcorn’s album, 50 Years Too Late. 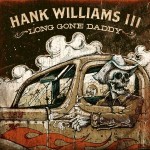 Hank3, whose had a long-standing feud with Curb Record that has continued well after his contract ended in December of 2010 has come out publicly against the release, and has been instructing his fans to not purchase the album, but to bootleg and share it. He’s also been vocal about a few folks he feels betrayed him as part of the Long Gone Daddy release, saying through Facebook:

I hope you Hellbilly’s and Hellbetty’s notice the other 2 guys I stood by when they were nothin are now Curb records alter boys! I hope ya’ll dont waste your hard earned dollers on there backstabbin bs either”¦

Hank3 has never named who these two people are, but it has been assumed by many that one of them is Joey Allcorn, who apparently had a falling out with Hank3 at some point in the mid to late 2000’s. According to a press release released today by Allcorn, he had no more consent from Curb to release his song “This Ain’t Montgomery” than Hank3 did.

In October of 2006, I released my debut record, “Fifty Years Too Late.” Featured
on this album was “This Ain’t Montgomery,” a highlight among the songs
because it refers to the by-gone era of Hank Williams, Sr., and was recorded
with his grandson, who was, at that time, under contract with Curb Records. I was
honored to have him record this song with me, and I appreciate his association,
and the support it provided me in the early part of my career.

However, in order to obtain Curb’s permission to legally use his name in association
with my project, a release was signed granting the label reciprocal rights to include the
master recording of that song on any two future albums, and stating that no consent
would be required by either party in order for that to take place. To that end, I was
notified in January of this year that Curb Records would be exercising it’s right under
that contract/release and was planning to include “This Ain’t Montgomery” on “Long
Gone Daddy.” No permission was granted because again, legally, none was required
under the terms of the contract.

However Hank3’s issue with Joey Allcorn may not just be that Joey did or did not give his consent to the release of “This Ain’t Montgomery”, but that Allcorn did not challenge the release. In the press release, Allcorn talks about how he is “humbled” to have the song released on Long Gone Daddy.

I am humbled that a song I wrote and recorded at such an early stage in my career has been released on a project by a major label. I believe it’s still the dream of most artists and songwriters to achieve this goal, which allows their music to reach a large and diversified audience. Also, as a songwriter, I am honored to be a part of a project that includes songs by writers I greatly admire, such as Hank Williams, Sr., Merle Haggard, and Waylon Jennings.

Allcorn has a new album titled Nothing Left To Prove scheduled to be released later this year. Hank3 has an upcoming tour in May.

Visual artist Keith Neltner, who did the artwork for Long Gone Daddy, as well as previous Hank3 albums Straight to Hell and Damn Right, Rebel Proud, has requested that Saving Country Music release this statement. Neltner has been rumored to be the other individual Hank3 referred to along with Joey Allcorn as “Curb Records’ alter boys.”

First, I’m extremely proud and grateful of the collaboration I had with Shelton for nearly a decade. In 1999 we started working together, as he was emerging as a country artist. The influences as the music and art evolved together created an impressive legacy of work. In 2010 there was a decision to part ways, copyright and licensing issues couldn’t be resolved.
At the same time I’m a working artist and I have lights to keep on, so being hired by a client I’ve worked with since 2005 just makes sense. Curb already had a schedule for the release, regardless of who created the artwork so I wanted to represent the visual look of the album in a positive direction that gave the collection of songs its due.
Even the most devote fan has no idea how deep the rift between Curb and Shelton runs, I simply don’t have a dog in that fight. I hope new and old fans can enjoy the collection and I wish Shelton the best.