Joey Allcorn’s Got “Nothing Left To Prove” 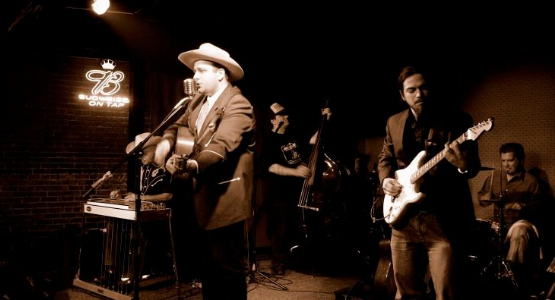 If you find yourself uttering, “Man, I wish Hank3 would release something new like those first three records,” trust me, you’re not alone. A lot of the neo-traditionalist artists of the late 90’s to mid 2000’s stayed around just long enough to wet our appetites for that by-gone sound only to leave us in the lurch and looking for our next fix of that old, potent stuff. BR549 has been a long time gone, Hank3 is looping dog barks and putting out “doom sludge” albums, Lucky Tubb is nowhere to be found lately, and you can only listen to those Wayne Hancock albums so many times before you want something new. The neo-traditionalist landscape is pretty bereft these days, at least when it comes to the bigger names that meant something back in the movement’s heyday.

Joey Allcorn was another name in the mid 2000’s that if you were tired of spinning Hank3’s Lovesick, Broke, & Driftin’, or Wayne Hancock’s Thunderstorms & Neon Signs, you could pull out Allcorn’s 50 Years Too Late and feel right at home. He had that lonesome sound, that Hank Williams lineage in his style, and had collaborated with Hank3 a handful of times. You had the feeling that if the whole neo-traditional thing really hit the big time—which it felt like it was on the brink of for a while—Allcorn would be right there with the others as a staple of the subgenre.

Then who knows what happened. The whole movement got scattered to the four winds, some behind-the-scenes drama resulted in Hank3 having bad blood with Allcorn and burning that that bridge (as Hank3 is known to do, sometimes justified, maybe sometimes from being overly-sensitive), and next thing you know, you look up and it’s been almost six years since Joey Allcorn released an album. 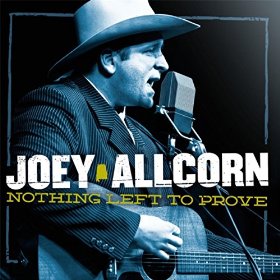 “And the people talking about me I’m glad I gave them something to do. ‘Cause I got nothing left to prove to myself, and even less to you,” Allcorn says in the title track of his new album Nothing Left To Prove released in September with little warning, and even less fanfare—so little in fact if you weren’t looking for it you probably missed it. And what seems to be Allcorn’s present status as a musician who will take every opportunity to play he can, but is tired of trying to do it full time, is encapsulated in the title song. “Living on the road wasn’t everything I thought it would be. It’s just trying to get paid and looking for a place to sleep.”

The Columbus, GA native seems content now to play shows here and there, and be proud of being an integral part of what neo-traditionalist country was all about when it was the cool thing to listen to, and doing what he can to still serve the folks whose heart still yearns for the music. Where some of the neo-traditionalists came and went from the sound of the movement, Allcorn remains firmly ensconced in the style, with very traditional modes and styles marking his songs, yet with a little extra crunch in the lead guitar thrown in there at times just to let you know this is old music, but from the new generation.

Allcorn’s songcraft remains very much steeped in the early traditional style of country music. “When You Start Back To Wanting Me,” “Either Way You’re Gone,” “I Can’t Get Drunk Enough (to Say Goodbye)” work like great country songs have always worked: speaking to the inherent heartaches of life and alleviating some of the pain through mutual commiseration. Nothing Left To Prove turns in a solid songwriting performance, but it does feels a little front loaded, with the first few songs constituting the best offerings of the album, and the songwriting beginning to feel a little thin the farther along you go. The album also sounded a little quiet, and curiously mastered in places. But the instrumentation throughout is unbelievably spot on, and really gets your juices flowing with the neo-traditional and honky tonk sound, reminding you what was so great when that was a more prevalent style. Steel guitar, fiddle, very tasteful arrangements all compliment Joey’s songs and his lonesome voice.

Joey Allcorn may not be looking to do any more long road trips to the West Coast and back, or to challenge the Sturgill Simpson’s of the world in album sales. But with Nothing Left To Prove, he announces he’s not ready to hang it up just yet, and still enjoys feeding the hunger for the people left who can’t get enough of that lonesome, neo-traditionalist sound.

Preview & Purchase Tracks to Nothing Left To Prove