No matter what happens with country music in the mainstream, there will always be musicians that will pick up the cause of preserving country’s traditional modes and make sure they never die. Throughout the 80’s and 90’s, it was the unlikely champion of punk musicians that rose to the occasion and started releasing old-school country albums and launching country side projects. And now two of the most important members of the vintage punk gone country era have come down with the dreaded C-word and are looking for help.

As the original guitarist for the punk outfit ‘X,’ Billy Zoom was the backbone of the band, and one of the principle members that brought country and rockabilly influences to their music. Billy started as a session guitarist in Los Angeles in the 60’s, and worked with names like Gene Vincent, Etta James, and Big Joe Turner. By 1985  when ‘X’ released their full blown country project under the name The Knitters, Billy Zoom had moved on, but his work as a country rock and rockabilly player continued. 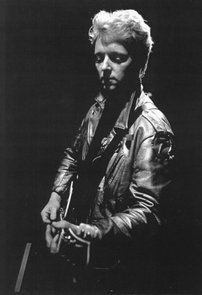 On July 9th, it was announced that the 67-year-old Zoom had been diagnosed with an aggressive form of bladder Cancer. It is his second bout with Cancer. His fellow ‘X’ band members set up a Go Fund Me campaign hoping to raise $50,000 to help pay for medical expenses, and the effort has raised over $63,000 in 48 hours.

“In the music community, we all take turns helping each other and have since the beginning,” ‘X’ said. “Punk rock and benefits always went hand in hand: you name the cause, and the bands and fans will be there. Now it’s our turn to help Billy Zoom, the wittiest, smartest, nicest, best guitar player and friend …”

After the dramatic show of support, Billy Zoom responded,

“My family and I are overwhelmed and deeply humbled by the outpouring of money, love, and support that we’ve received over past 24 hours. Facing months of cancer treatment is tough, but not as tough as worrying about taking care of my family through it all. We still hadn’t completely recovered financially from my last bout with cancer and I really wasn’t sure, aside from lots of prayer, how I was going to manage to keep our home and family together through this. Our twins turned nine years old last week, and I’ll be missing our entire touring season this year because of my treatments.”

Billy Zoom’s guitar contributions were recognized by Gretsch when they made a custom Billy Zoom guitar model. He’s also known for his infectious smile on stage.

Though the Go Fund Me goal is met, fans can still donate.

One of the bands that was inspired by ‘X’ and their romps into country music was West Coast rockers The Supersuckers and their frontman Eddie Spaghetti. Their 1997 country album Must’ve Been High was a big turning point for the band and helped put them on the national stage. Since then Eddie Spaghetti has released a country album through Bloodshot Records and collaborated with Steve Earle and Jesse Dayton to name a few. 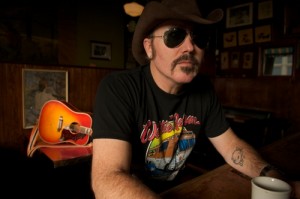 In June it was announced that The Supersuckers were canceling a European Tour, and Eddie Spaghetti had come down with Stage 3 oropharynx cancer—a Cancer in the neck and throat.

“It is true what they say, that it takes a village. We would be in a dark, dark place without ‘our village’ but thankfully, we are not,” Eddie’s wife Jessica says. “My best friend has cancer and there’s absolutely nothing I can do about it. There’s no amount of money that would rid him of this horrible disease so many suffer from. There is no one I can call to make things better but the support that we already have felt from everyone knocks us off our feet.”

On June 18th at the Tractor Tavern in Seattle, Eddie Spaghetti and the Supersuckers played their final show before his treatment, and fellow famous Seattle rocker and co-owner of the “Eddie” first name Eddie Vedder of Pearl Jam showed up to give his support.

Eddie Spaghetti is scheduled to have surgery, and then will go through a six week radiation treatment. Delays in his surgery have meant the band will be on a longer touring hiatus than originally expected. A You Caring campaign was set up to help with his expenses and also met its $50,000 goal as fans and friends feverishly donated, but you can still donate.

And it’s not just West Coast punk gone country types that are battling Cancer. Joey Feek of the traditional country duo Joey + Rory had surgery in her fight against cervical Cancer on July 9th.

“The surgery took almost ten hours, so we didn’t get to talk to the doctor or see Joey until after 10 pm last night,” Rory Feek explained to fans and family. “When Joey’s surgeon finally came out into the waiting room and sat down with us, he was so kind and wonderful and he talked with us for a long time.  He told us that everything had gone well in the surgery and that he believes that they were able to get all of the main tumor removed, along with two infected lymph nodes and other places that were affected.  They also did intra-operative radiation on some areas where they weren’t able to get a clear margin.  All-in-all, he was very positive and hopeful.  So we are too.”

But Joey Feek’s treatment is just getting started.

“Joey is going to be in recovery here at CTCA for 7 to 10 days, and then we’ll be able to go home for a week or two, then we’ll come back here for 5 weeks of chemo and radiation.  Once that is completed, Joey will start a more aggressive form of chemotherapy here that will last for 18 weeks.”

Our favorite musicians amaze us on stage through their other-worldly talents, but at times like these we’re reminded just how human they are. It also gives us the opportunity to give back what the music has given us over the years.