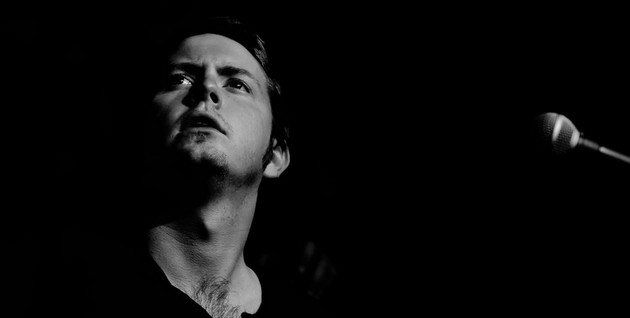 If you see someone roll up in a rig with Oklahoma license plates claiming to be a songwriter, you’d be smart to pay a little bit closer attention these days. From country artists like Evan Felker and The Turnpike Troubadours, to more Americana stuff from artists like John Moreland and Parker Milsap, Oklahoma is spitting out songwriters at a rate that has the rest of the country on high alert and working double hard to match their output. Something in the water, something in the soil, or something in the lineage of a state that birthed Woody Guthrie, Ray Wylie Hubbard, Jason Boland, and many more—whatever the chemistry is, Oklahoma is hatching one landmark songwriter after another. And not one songwriter in Oklahoma or anywhere else may loom as large at the moment as the fresh-faced farm boy originally from Bearden, Oklahoma named John Fullbright.

As the lives of most songwriters go, John Fullbright has lived a charmed one for sure. His debut studio release, 2012’s From The Ground Up found its way to the very highest reaches of industry accolades when it was nominated for Best Americana Album at the 55th Grammy Awards, and he seemed to be quickly and inexplicably, but deservedly anointed as a songwriting golden boy right out of the gate. This is great for a songwriter, right? Get all the momentum behind your back, get the industry recognizing your contributions, and get where you can put food on the table plying your craft and begin to set yourself up on a path to comfort.

Or is this a favorable destiny for a songwriter? The romantic notion of what makes great songwriting is a scene of poverty and self-loathing, depression and sometimes addiction; someone who can’t seem to come to grips with the world they live in, letting their pain express itself in soul-stirring poetry that discerning ears yearn for. They must endure, so we can enjoy, and to that end many songwriters seem to perpetually sew conundrums for themselves and makes shambles of their personal lives so they can find the next vein of inspiration; the whole Van Gogh cutting off his ear archetype. 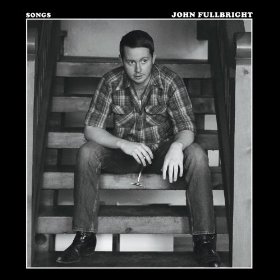 John Fullbright however doesn’t adhere to these notions in his new album simply entitled Songs, he challenges them. You could tell from Fullbright’s first album that his writing style works more from method instead of madness. It wasn’t as much the wit or the rawness that gave his writing an indelible hold on the listener, it was his ability to weave stories and deliver insight in both a poetic, and a refreshingly-understated way.

Songs finds John Fullbright talking shop about songwriting rather candidly and deftly, questioning the entire notion of where inspiration comes from, and toying with the rules and methodology that govern the craft. It starts off with the first song “Happy”, catching Fullbright wondering “Every time I try to write a song, it seems to start where we left off … And tell me what’s so bad about happy?” In the center of the album is the brilliant “Write A Song”, where Fullbright is able to enact the same effect of setting up two mirrors on opposing walls where you see infinite reflections, only he does it with words while still conveying a deep life moral. “Write A Song” song captures Fullbright at the apex of his gifts, and may be marked down as one of the best song contributions of the year. And then he ends the album with “Very First Time,” proclaiming, “I feel alright, for the very first time”; tying in with the first song “Happy”, and giving this album a cohesive theme and thread whose overall result is the shattering of the notion that songwriting and suffering are inseparable.

For a 26-year-old who must feel the pressure of fulfilling the expectations his first album set, Fullbright is positively fearless in Songs. And in between the first, middle and last song of this album that sketch the moral arc of his intended message, he entertains with wistful mentions of love, and extended bouts of storytelling, built just as much upon piano and organ tone as it is guitar, and with generally sparse, but always ample and appropriate musical arrangements that achieve the goal of highlighting the words and little else.

This is a songwriter’s album, and songwriters and people who study the craft and have patient, attentive ears will be singing the praises of this album for the rest of the year and beyond. The general population though may find it too broody and melancholic, and may find Fullbright’s voice nondescript, while still recognizing the craft illustrated and the mood set. There’s moments in this album where you can’t help thinking of Tom Waits, especially when keys are the centerpiece, or Mickey Newbury with all the extended spatial moments, and even Bob Dylan with all the self-aware and referential elements in the writing. Songs and John Fullbright are worthy of being referred to in this company, and not just from the writing itself, but from creating songs that unearth fountains of emotion like few others from the marriage of words and song.

With Songs, John Fullbright sets the standard by which all other songwriters will be measured by in 2014.