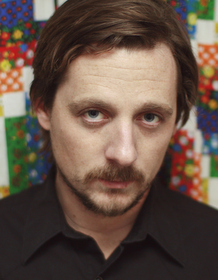 The Sturgill Simpson love continues to pour in from different sectors of the music world, and now extends to songwriter and guitarist John Mayer, who is apparently “jealous” of the Kentucky-born country music performer. Announced last week, Sturgill Simpson has officially become a major label artists, signing to Atlantic Records, but even before then he was beginning to gain the attention of the wider music world with his 2014 album Metamodern Sounds in Country Music.

“Sturgill Simpson is messing me up right now. Listening jealously,” John Mayer tweeted out on January 17th. Mayer is set to guest host the Late Late Show on CBS February 4th, 5th, and 6th as the network’s late night lineup gets revamped amidst the departure of David Letterman. The fact that Sturgill is now drawing attention from big time artists outside the country music world speaks to the breath of both his reach and appeal, even before he releases a record with a major label.

Sturgill Simpson is messing me up right now. Listening jealously.

And John Mayer wasn’t the only one singing the praises of Sturgill recently. One of his biggest fans in mainstream country has been Keith Urban, and in a recent interview with Rolling Stone, when asked about Sturgill, Urban said “He’s the best.”

In the context of who might play the annual Vince Gill and Keith Urban-organized  “All 4 The Hall” fundraiser event for the Country Music Hall of Fame, Urban was quoted as saying, “We should just basically start with [Sturgill Simpson] and pick the theme based on him. He’s the best.”

This isn’t the first time Keith Urban has shared his appreciation for Sturgill. In the summer of 2014, Urban was on a big Sturgill Simpson kick, blaming fellow mainstream country star Jake Owen for turning him on to Sturgill. “The new record will knock your #%^$ in the dirt – SERIOUSLY.” And later, “Grab your partner, dim the lights, put on Sturgill Simpson’s ‘IT AIN’T ALL FLOWERS’ … trust me, you’re gonna need two cigarettes!!!”

Beyond all the promotional value of these high-profile endorsements, it makes one wonder what influence Sturgill Simpson might be cultivating with these huge stars. Who knows, a Sturgill Simpson song cut, or even a single off a big album could go a long way to keeping Sturgill stock in bacon and beans for a long time, or a big boost for authentic music in the mainstream.