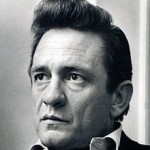 Thursday, August 4, 2011 will be the inaugural run of the “Johnny Cash Music Festival”, put on by Arkansas State University in Jonesboro, with direct help and participation from members of the Cash family. The focus of the music festival is to raise funds for the “Johnny Cash Boyhood Home project” in Dryess, Arkansas.

Plans for the project include turning a former government administration building in Dryess into a museum, restoring the theater next door to show orientation films, and “restoring or re-creating” the boyhood home that Cash lived in from age 3 until graduating high school. Dyess Colony was a Depression-era cooperative agricultural project in Mississippi County. Work has already begun to restore the administration building and theater.

This event is just the beginning of a long term commitment to honor and preserve the incredible legacy of Rock and Roll, Country and Gospel Music, of Hall of Famer, Johnny Cash. His home and the museum in Dyess will establish a gathering place for his fans from all over the world to meet and honor Johnny for his great contribution to the world of music…We look forward to this being an annual event and be far reaching.