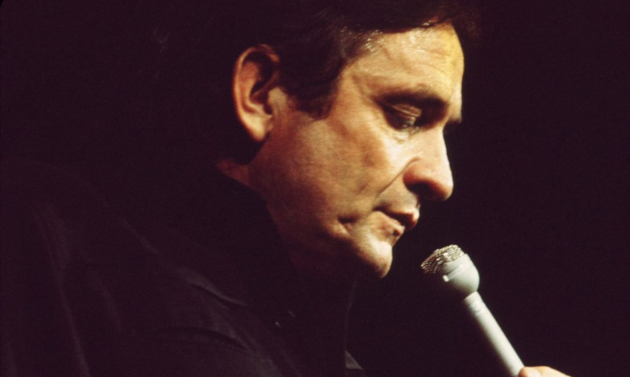 The Man in Black is gone, but his legacy won’t be forgotten. Johnny Cash’s presence not just as a country music star, but as an American icon has made him a cultural figure that transcends genre and entertainment, and we’ve seen that in the way he’s been embraced in all walks of life.

Now a new website has been launched to create a vast, searchable archive of Johnny Cash’s career accomplishments, giving fans of the present and future a resource for any and all information about his contributions and legacy. The new JohnnyCash.com created in conjunction with the Cash estate and Sony’s Legacy Recordings catalogs Cash’s 93 original albums and 162 singles, in addition to compilations, soundtracks and various special guest appearances he made over his career. The site includes Cash’s chart history, from his 54 appearances Billboard 200 albums chart, to his 42 appearances on the Hot 100 songs chart. It also includes a comprehensive “Movies & TV” section covering 93 of Johnny‘s film and television appearances, and a library of the of the 52 books published about Cash.

If you’re a fan of Johnny Cash live, the new website also has you covered. More than 2,300 Johnny Cash performances, and 4,300 total dates in all appear across the site, including detailed song lists to help Cash fans track down specific songs and the specific versions performed at each show and the original albums and singles they were released on, specific set lists for as many dates as possible, and some shows featuring photos and/or videos, with fans being encouraged to submit their own photos, videos and other memorabilia attributed to specific performances. It also includes Cash’s performances with The Highwaymen.

“I am thrilled that everyone who loves my father and his music will now have a comprehensive place to learn more about the man, his life, and his ongoing legacy,” says Johnny Cash’s son, John Carter Cash. That’s a legacy that also includes 130 awards and nominations, which are also cataloged on the site.

And that’s not the only boost the Johnny Cash legacy is receiving. On August 7th, the new Johnny Cash’s Kitchen and Saloon opened at 121 Third Avenue South, right in the same area where the Johnny Cash museum is located. John Carter Cash, Tommy Cash, Joanne Cash and Carlene Carter were all in attendance to see the unveiling of the 15,000 sq. ft. establishment featuring cafeteria-style country cooking by long-standing Nashville restaurant family Swett’s. Icon Entertainment’s Bill Miller is the owner of the new restaurant.

“I am thrilled about the new restaurant, Johnny Cash‘s Kitchen & Saloon,” says John Carter Cash. “Dad‘s favorite foods in the world are exactly what you will find on the menu. I remember my father and mother bringing me to Swett’s when I was but a small boy. Southern cooking was my father’s very life blood and tradition, and I firmly believe it does not get any better than this.”

The new restaurant opened where a Merle Haggard museum and restaurant was once proposed, but fell through due to logistical issues.

In April of this year, it was revealed that a statue of Johnny Cash would be headed to the United States Capitol to represent the State of Arkansas, and then in June a new Johnny Cash statue was unveiled in Memphis. It speaks to how quality music will withstand the test of time, as will quality human beings like Johnny Cash.