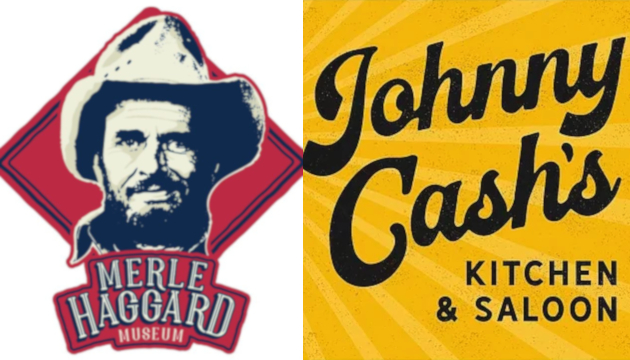 In October of 2017, traditional country fans were all giddy to read that a proper museum for Merle Haggard was on the way in Nashville’s Lower Broadway district where similar museums for Johnny Cash, George Jones, and Patsy Cline hold court, finally giving fans of the Hag a Mecca to herd to after his death in 2016.

The estate of Merle Haggard had partnered with Icon Entertainment’s Bill Miller to launch the Merle Haggard Museum to be located at 121 Third Ave. S. in Nashville, which is right next door to the Johnny Cash museum. The location was also going to house “Merle’s Meat + 3 Saloon”—a restaurant concept operated by the Swett Family of the Swett Restaurant.

“The world lost one of the greatest country singers of all time and I lost the love of my life when Merle Haggard died on his 79th birthday April 6, 2016,” said Theresa Haggard, Merle’s widow, as part of the announcement on October 30th, 2017. “Now, nearly one and half years later, I have partnered with my friends Bill and Shannon Miller, owners of the acclaimed Johnny Cash and Patsy Cline Museums to open the Merle Haggard Museum. Merle would be very happy knowing that his museum will be next door to his dear friend Johnny Cash.”

Bill and Shannon Miller also own Nudie’s Honky Tonk, Skull’s Rainbow Room, and other Nashville concepts. The Swett Family has been running Swett’s Restaurant for 64 years.

“My family is honored to join with our dear friends, the Haggard family, to bring a new, world-class museum to Nashville,” said Bill Miller, Founder of Icon Entertainment Group at the time. “Merle Haggard is one of the most iconic country music singers and songwriters of all time. We are very excited to begin the process of designing and building Merle’s museum which will also feature a Southern-style restaurant and saloon bearing his name.”

The museum and restaurant was scheduled to be opened in the “summer of 2018.” The restaurant was going to be on the ground floor of the establishment, with the museum on the top floor. But the summer of 2018 came and went, an no new word on the progress of the museum was given. There was nothing about the installations or artifacts it might include. No menu for the restaurant was published. And in the hustle and bustle of everyday life, many folks forgot they were promised a Merle Haggard museum at all.

“I’m beyond thrilled to expand our extremely successful relationship with the Cash Estate through this ground-breaking food and beverage concept,” said Icon Entertainment CEO Bill Miller in the press release. “My relationship with the Cash family extends to nearly my entire life, and there’s no greater pleasure for me and my family than continuing our partnership well into the future. The impression Johnny Cash left on Nashville is indelible and this venture further confirms that his presence will be a dominant force here for many years to come.”

Cathy Sullivan, representative of The John R. Cash Trust said, “On behalf of the Cash family and estate, I am honored and excited to have this additional alliance with Bill Miller to expand celebrating the lives of John and June Cash. Johnny Cash is still a vibrant force in the Nashville community and beyond. It is a fitting tribute to bring this unique venue where families and friends may gather in a way that brings new life to the Cash family style of entertaining.”

The switch from a Merle Haggard museum and restaurant to a 15,000 sq. ft. food and beverage venue as an extension of the current Johnny Cash Museum is good for helping to keep the memory of the Man in Black alive. But it leaves the legacy of Merle Haggard woefully under-represented in tangible properties for people to trek to. Where country music fans can visit the grave of Johnny Cash and June Carter, and have a range of options to explore their love for Johnny at numerous sites across the South, there’s little that exists for Merle Haggard at the moment aside from an overpass in Redding, California bearing his name, and the railroad car where Haggard was born in Bakersfield that has been moved to the Kern Pioneer Village.

More information on the museum and restaurant switch if and when it becomes available.