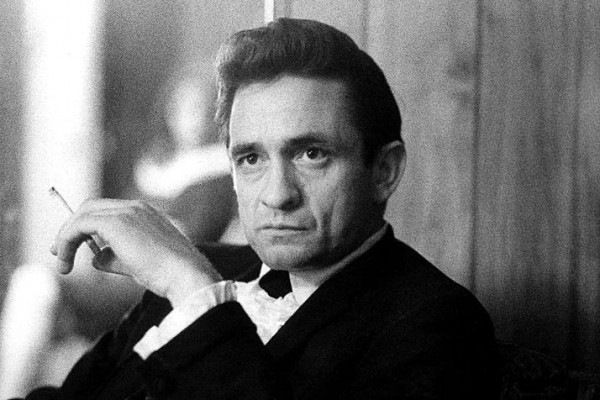 Tuesday was the release of Johnny Cash’s “lost” album Out Among The Stars that was discovered by Johnny’s son, John Carter Cash while organizing his father’s archived recorded material. Now according to the younger Cash, and legendary producer Rick Rubin who Cash worked with beginning in the mid 90’s during his American Recordings rebirth, there is still “four or five albums” worth of Johnny Cash material to be released. Though none of this material consists of cohesive albums like Out Among The Stars and is mostly the result of outtakes and alternative versions, it will be welcome by the loyal fans of the Man in Black whose appetite for Johnny’s music appears to be endless.

“There are a few things that are in the works right now,” John Carter Cash tells The Guardian. “Probably four or five albums if we wanted to release everything. There may be three or four albums worth of American Recordings stuff, but some of it may never see the light of day.”

Lots of material from Cash’s American Recordings era has already been released posthumously, including the last two installments in the album series: 2006’s American V: A Hundred Highways, and 2010’s American VI: Ain’t No Grave. Also a box set called Unearthed was released with outtakes and alternative versions a few months after Johnny’s passing in 2003. “We released the work we had been planning to release along with John [Carter Cash] and the idea of the ‘Unearthed’ boxset of outtakes was his idea,” says Rick Rubin. “We will probably put out additional ‘Unearthed’ material recorded since the last ‘Unearthed’ box, in keeping with John’s wishes.”

Along with American Recordings-era material, a 4-disc bootleg series of previous Johnny Cash material has also been released to the public posthumously, as well as expanded recordings from his legendary concerts at Folsom and San Quentin prisons. The sheer volume of material  can be overwhelming for some fans wanting to put their ears on anything relating to Johnny Cash, but those still hungry for music from the Man in Black appear to be in store for new material for a while.