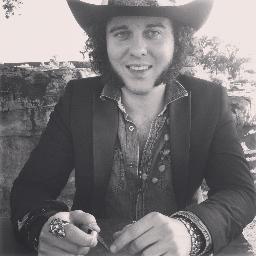 Artist manager Jon Hensley was unexpectedly found dead in his home in Bowling Green, KY on June 1st, and nearly two weeks later, questions still remain on how the 31-year-old manager for Wanda Jackson and Shooter Jennings passed away. The investigation into his death remains an open matter according to the Bowling Green Police detective assigned to the case, Jared Merriss, and will remain open at least until the autopsy and toxicology reports are concluded, which is expected to take at least another month.

“Typically [a case] will remain open pending the final autopsy report just to ensure that there was no foul play,” Detective Merriss explains to Saving Country Music. Detective Merriss was called to Jon Hensley’s house after the responding officer, Officer Rexroat, witnessed circumstances about the scene that he found suspicious, including that Hensley had a black eye. A warrant for Jon Hensley’s house was obtained, and the location was made into a crime scene.

“When a case is assigned to an investigator, and in this case it was because they asked an investigator to come over to the scene, basically I own the case if you will,” Detective Merriss explains. “It goes away from patrol and becomes mine. I keep separate notes of all of the details of the investigation, and then I’ll put that into a final report. Then it will be closed on our end sometime after that. And that depends on what other followup is necessary, and if there is any other investigative steps to take after I’ve read the medical examiner’s autopsy report.”

Though multiple rumors continue to persist about how Jon Hensley passed away and what the findings of the autopsy are, as Deputy Coroner David Goens for Warren County explains, final autopsy and toxicology information has yet to be made available to either the police, or anyone else.

“The autopsy is complete, but the report is not finished yet,” says David Goens. “The autopsy is done usually within three to four hours, but the report usually takes about six to ten weeks to get back. [Jon Hensley’s] autopsy was done June 2nd, so from there it’s usually six to ten weeks before we have any type of report back from the medical examiner in Louisville. So you’re looking at the middle of July to the first of August is what we would be anticipating. Shows like CSI and NCIS, they ruin people’s concept because things happen in an hour; they don’t have the reality that it takes weeks.”

Part of the reason the autopsy takes so long is because certain tests in the toxicology process can take weeks to finalize.

“It depends on what they’re looking for and what they’re studying for, the toxicology and stuff,” Goens explains. “That’s what takes time to analyze. We’re looking at Mr. Hensley, but [the medical examiner] could have had seven to nine autopsies that day. We’re concerned for him and want to find the information as quickly as we can, but it just kind of falls as it goes. Right now there’s nothing to report. Everything is pending his toxicology to get the final report.”

Meanwhile a question of choking on food has emerged as a potential cause of death that was not alluded to in the initial police report. There was no mention of food around Mr. Hensley in the report, nor any mention that the circumstances around him appeared that he may have choked. However without a completed autopsy report, any determination of cause of death at this point is speculation, including choking.

Some friends of Jon Hensley have also reached out to Bowling Green police with concerns that Hensley did not sustain a black eye by falling as described in the police report, but had been assaulted days before his death. Saving Country Music asked Detective Merriss about both the choking question and the black eye, and his response was “I can’t and won’t comment on any other aspect of the case.” Detective Merriss insisted any further case information would be kept private until a final report is released once the case is officially closed.

Both the final report from the Bowling Green Police, and the autopsy / toxicology will be a matter of public record once they are finalized.

As concerned friends, family, and fans await conclusive answers on what happened to Jon Hensley, his sister Whitney Hensley has set up a Memorial Fund to help pay for Jon’s final expenses.