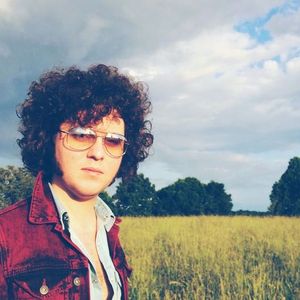 Family, friends, and fans of artist manager Jon Hensley continue to morn the passing of the 31-year-old who was found dead in his home in Bowling Green, KY on Monday, June 1st. Known for his work with Wanda Jackson, Shooter Jennings, and others, Hensley was a well-known personality in the independent roots music community.

Funeral services for Hensley have been set for Friday, June 5, 2015, at 1:00PM at Tucker Funeral Home in Central City, with Rev. Justin Latham officiating. Burial will be in Eades Cemetery in Greenville. Visitation will be Thursday, from 5:30-8PM at the funeral home. Online condolences may be made at www.tuckerfuneralhomes.com.

Meanwhile the details surrounding Hensley’s death are beginning to take shape after the police report was released by the Bowling Green Police Department. However rumors of Hensley passing away due to overdose or other causes have yet to be confirmed, and no official cause of death has been determined.

Saving Country Music spoke to Bowling Green police spokesman officer Ronnie Ward who explained there was “nothing suspicious” about the death of Jon Hensley, and unless something new came to light, the Bowling Green police would “stay completely out of it” from this point (NOTE: This information has been updated, see link below). Hensley’s body was sent to Louisville, KY for the autopsy. Saving Country Music has confirmed it will take “several weeks” for any autopsy findings or a toxicology report to be concluded, and for those results to be made public.

The findings in the Bowling Green police report can be found below. PLEASE NOTE: Certain information in the report was redacted by Bowling Green Police. It was reported by officer Rexroat, and the “Lindsey” referred to in the police report is David M. Lindsey—a friend of Jon Hensley.

The victim was discovered unresponsive in his bedroom by a friend. He was later declared deceased at the scene by a Warren County Deputy Coroner.

The victim was discovered unresponsive in his bedroom by a friend. He was later declared deceased at the scene by a Warren County Deputy Coroner.

I responded to a call initially dispatched as an “Assist EMS” complaint at [address]. While enroute I was told via radio that a male named “John” was not breathing and was unresponsive.

I arrived on scene and was met by EMS and Bowling Green personnel. The paramedics on scene told me that Hensley was lying in the floor and was obviously deceased. Medical Center EMS staff had already contacted the coroner’s office.

Lindsey was the person who called 9-1-1. He was in a back room beside the kitchen when I arrived. I conducted an initial interview with Lindsey. The interview was recorded and he provided the following details:

Lindsey stated Hensley and his girlfriend (Mary Sparr) had gotten in an argument on 05/30/2015. He told me Sparr had left for the weekend so he had come over to be with Lindsey. Lindsey arrived at the home at approximately 2200 hours on 05/30/2015.

Lindsey said they both began drinking Evan Williams Bourbon and chased it with soda that night. They retired at approximately 0400 hours on 05/31/2015. They both were intoxicated and slept until around 1200 hours that day.

Lindesy said they went to three local bars when they got up. They went to the Little Brown Jug around 1300 hours and stayed for a few hours. They then went to The Spillway for an undetermined length of time. They finished their outing at The Dugout and arrived back on Nutwood around 2030 hours that day.

Lindsey awoke between 0900 and 0930 hours. He was not sure of the time at the time of our conversation. He said he went to Hensley’s room and found him kneeling at the foot of the bed. Hensley’s head was lying on the bed and his head was cocked to the side. Lindsey stated he shook Hensley by the shoulder in an attempt to awaken him. Lindsey said Hensley did not stir so he thought he was still passed out from the alcohol. Lindsey said he did not notice that Hensley was cold to the touch or stiff because Hensley had been wearing a blue jean jacket.

Lindsey then went to the bathroom for approximately five to ten minutes. He came back to Hensley’s room and noticed that he had not moved. Lindsey then checked Hensley’s neck for pulse and discovered Hensley was stiff and was cold to the touch. He then called 9-1-1 and was directed by EMS dispatch to place Hensley on his back. Lindsey said this is the reason the body was moved.

Lindsey told me that Hensley takes Xanax but was unsure if it had actually been prescribed to him. I asked Lindsey if Hensley had been depressed or if he had made suicidal statements. Lindsey said that “they all were depressed” because they are musicians.

There were Evan Williams bottles throughout the residence and half-full glasses of what appeared to be bourbon on the counter. There was also packages of rolling papers and a baggie of blue pills in plain view next to a computer in one bedroom.

There were a few circumstances that appeared to be suspicious about the scene. Hensley had a black eye over his left eye. There were also numerous holes in the living room walls and in Hensley’s bedroom door.

Officer Steven Davidson came to the scene and conducted the crime scene processing. The complete steps taken to process are available in his crime scene processor’s report. While processing Davidson told me he discovered the black eye had been partially covered by makeup. This would indicate the injury did not occur recently. Detective Jared Merriss responded to the scene and was also able to speak to Sparr via phone later. Sparr told Merriss Hensley had fallen on a chair a couple of days ago while he was intoxicated. She claimed this caused the black eye.

Sean Stevens [address] came to the scene and told me the holes in the walls of the living room were at least two weeks old. He stated he had been at the house fixing a dishwasher and noticed the holes. Hensley had told him they occurred when his [Hensley’s] friends fell into them.

Warren County Deputy Coroner David Goens responded to the scene and pronounced Hensley dead at 1025 hours. Goens stated he would send Hensley’s body to the Kentucky Medical Examiner’s office in Louisville for an autopsy and a toxicology examination.

Editor’s Note: Since this topic is not being reported on by local media, or other media, and it is of interest and great importance to the country and roots community, Saving Country Music has chosen to report this information, despite the sensitive and potentially volatile nature of this subject. With numerous uncorroborated rumors about the cause of death and circumstances surrounding the passing of Jon Hensley, including in the Bowling Green Topix, it is imperative that the media attempt to discover and report the facts as they are known.

Please understand because of the sensitivity and potential volatility of the subject matter, and to show respect to the family and close friends of Jon Hensley, comments will be heavily moderated. Any attempts to cause harm or chaos to Saving Country Music, or to discredit Saving Country Music and its reporting will not deter the current coverage, or future coverage of this important matter. Everyone is asked to please show respect for the seriousness of the subject, and for the family of the deceased by acting civilly.