There’s talk within country music circles that traditional country might be poised to make a resurgence in the mainstream in the coming months and years, and if it is, it will rely on young new talent rising up in the major label ranks to make it happen. With Chris Stapleton selling albums like crazy and sitting atop the album’s charts, and the surprising success of artists like Sturgill Simpson, it’s not surprising that in the copycat world of major labels, everyone else would be scrambling to get their piece of the pie. The recent success of the single “My Church” by Maren Morris is another promising sign for mainstream country prospects. Despite the bluesy, edgy sound of the song, it’s now cracked the Top 10 and could go even higher. 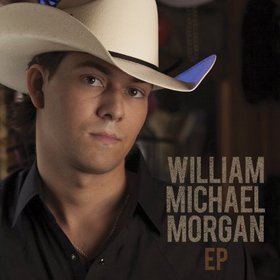 Three of the most promising male artists in the mainstream are William Michael Morgan, Jon Pardi, and Mo Pitney. If there’s a traditional country insurgency looming in the wings, it might be carried on their backs. But with so many albums getting delayed by acts that are unable to prove their ability to launch a big debut single, the big question was if any of them would see a proper album release, or be stuck in limbo like so many other artists. Luckily, there’s been some movement.

Though there hasn’t been a formal announcement, William Michael Morgan will be releasing an EP on March 18th through Warner Music Nashville. It will include his debut single “I Met A Girl” and five other songs, and is currently available for pre-order on Amazon. Even more promising is the word that the EP is a precursor to a debut full-length album to be release “later in 2016.”  William Michael Morgan has been proving his muster as a traditional country artist on the Grand Ole Opry and other places recently, and looks to be one of those rare birds that is willing to stick to his roots, and won’t be persuaded otherwise by his label. It’s pretty customary these days to release a debut EP first for a major label artist, and hopefully it gauges public sentiment favorably for Morgan and his career can move to the next step. 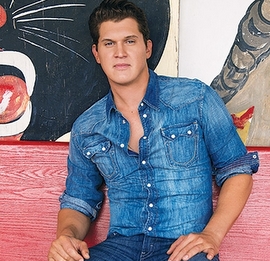 Meanwhile Jon Pardi, who already has a debut album under his belt, but had us worried he might get stuck at the back of the line by his label Capitol Nashville after his single “Head Over Boots” has only reached the Top 25, has announced he will have a new album out on May 13 called California Sunrise. Originally from Dixon, California, Pardi showed a lot of promise with his debut album Write You A Song in 2014. A bit more hip and seasoned than Morgan, Pardi still finds the sensible ground that could help make more traditional-sounding country music popular again. It will be interesting to see how the new LP is received.

And just as promising as any artist when you’re talking about traditionalists signed to major labels is Mo Pitney. Unfortunately, we’re still waiting for the announcement of his debut album from the notoriously slow-moving Curb Records, but there is at least some promising news. Mo will be one of three artists featured on Opry 9.0, Vol II: Discoveries From The Circle. It is the second in a series of projects from The Grand Ole Opry spotlighting new country music artists who’ve performed during the Opry’s 90th anniversary year. Mo Pitney has been a fixture at the Opry recently, and along with William Michael Morgan’s participation in the institution, it emphasizes how the Opry is slowly stepping in to help grow some of the traditionalists of tomorrow.

Mo will have two songs on the six-song volume—“Cleanup on Aisle Five” and his version of “Who’s Gonna Fill Their Shoes.” Chris Janson, who has been making as many Opry appearances as anyone, along with Lindsey Ell, will also contribute to the compilation.

You can hear Mo Pitney sing “Who’s Gonna Fill Their Shoes” below. Hopefully the answer to George Jones’ age-old question is the new generation of old-soul artist who are looking to make their mark in country music in 2016.