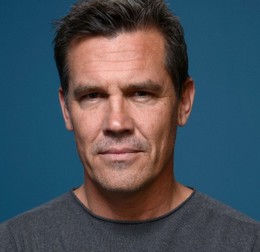 The cast for an upcoming biopic on the life of George Jones is starting to take shape, and the leading man appears to be Josh Brolin. He will play The Possum according to reports, as well as work in the capacity as producer for the film. Starring beside Brolin will be Jessica Chastain playing Tammy Wynette, who was famously and tumultuously married to George during his heyday.

UPDATE: There are two George Jones biopics being made. One is being made by George’s widow Nancy Jones, and another by his daughter Georgette Jones focusing more on the relationship between George Jones and Tammy Wynette.

Brolin explained back in August of 2015 that he began in the capacity as a producer of the film, and wasn’t necessarily deciding at first to play George Jones himself. “I really enjoy it,” he said of producing to The Independent. “Through the last five or six years I don’t care as much. I don’t care what people think as much. I really like the profession that I’m in I thought it was too pretentious to say that before.  I love the art of telling stories and I love people who are good at it.”

But as time went on, Brolin decided he was right for the part. On Wednesday (2-3), Brolin was on Conan, and spoke about the upcoming biopic. “I have a bit of a past and when they were trying to figure out who might be best able to best play George Jones, they thought, ‘What about Brolin? Who’s been to jail in the last 10 years? Let’s pick Brolin! … I’m gonna do that with Jessica Chastain, who is gonna play Tammy Wynette. She’s amazing”¦ It’s gonna be a lot of fun.”

Brolin said he’s been studying all the George Jones quirks for the part. “He talked like a duck for three years. He refused to speak in anything but duck voice for three years. The only time he came out of duck voice was to do another number one hit for that year, so whenever he would sing it would be a number one hit and then he’d go and have a drink and speak in duck voice. They thought it was a joke, but a joke lasts for what, five, maybe 10 minutes”¦?”

The biopic was first announced in May of 2015, with 28 Entertainment out of Los Angeles financing the film, and Alan Wenkus, known most recently for being the writer and researcher for the music biopic Straight Outta Compton, writing the film. The producers are said to have spent time with George Jones during his final years.

No word on when production for the film may start in earnest or when we may expect a release date.