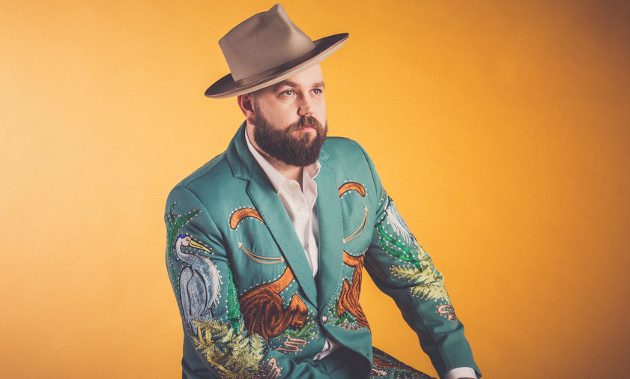 Joshua Hedley’s just-released record Mr. Jukebox is just about the most accurate portrayal of the Countrypolitan era we’ve heard from a modern artist in quite some time. And though many traditional country fans are singing Hedley’s praises, some have been skeptical of just how sincere his reverence for the music can be. Since modern memory is so full of supposed “hipsters” playing country music only to turn around and betray their fan bases in some capacity, suspicion has worked into the minds of some listeners.

But when it comes to some of the older legends of country music, there’s no question in their minds. Joshua Hedley is the real deal, and they’re beyond happy someone has arrived up to help carry on the musical legacy.

On Friday evening (4-20), Joshua Hedley made his Grand Ole Opry debut—the day he released Mr. Jukebox. Carrying a picture of his father who wasn’t there to see the the moment, he first sang “I Never (Shed A Tear),” and then his album’s title track for the Opry audience who burst into applause. Country Music Hall of Famer Connie Smith, who was standing stage side, was definitely impressed as well, and was warmed to see a young man helping to keep the spirit of timeless country music alive like the songs she made during the beginning of her career.

“He’s really good and really genuine,” Connie Smith said about Hedley. “To see him walk out in a rhinestone suit and sing a really country song did my heart good. I loved it.”

That wasn’t the only compliment paid to Josh Hedley by a country legend. Country traditionalist Gene Watson, who was also in attendance, had positive things to say about Hedley the next day. “Enjoyed getting to meet Joshua Hedley last night,” Watson said on social media. “It was his Grand Ole Opry debut. Appreciate him for performing real country music. We need these young artists to continue in the footsteps of  George Jones, Merle Haggard and our great country singers who have gone on. Thanks Joshua and keep it going.”

Some may be having a spirited debate with their buddies, or even inside their own heads about just what they think about the throwback 50’s and 60’s sound of country music being recreated by a 33-year-old. Is he real? Can he be trusted? First moving to Nashville when he was 19, Hedley’s been playing traditional country music at Robert’s Western World in Nashville and other places around town for years. He certainly has the skins on the wall, and has paid more than his fair share of dues. Now he’s winning over the hearts and minds of the most important, and most difficult skeptics—the artists he’s taking the torch from to make sure classic country music makes it to the next generation.

Joshua Hedley will be playing at the Stagecoach Festival this weekend, and then will be touring extensively behind Mr. Jukebox into the fall. 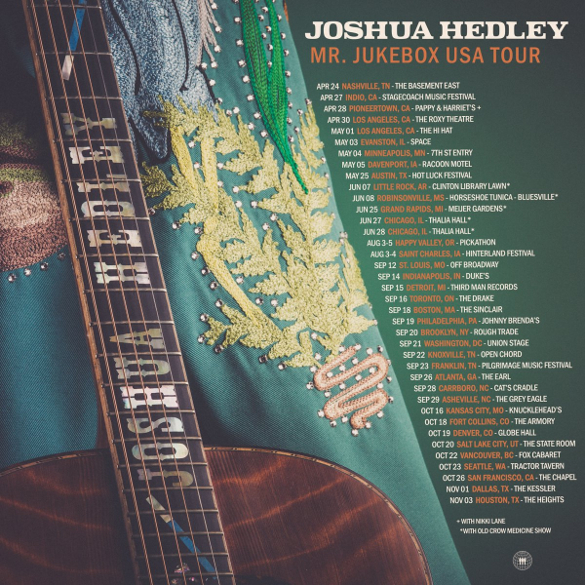