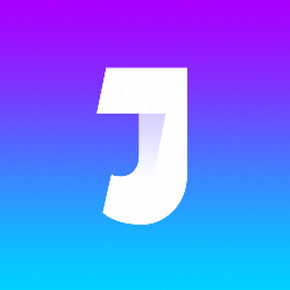 You don’t have to navigate too far on the internet these days to bump into a story about how music is in trouble and that it’s at least partly due to huge subscription companies like Spotify and Pandora paying out unsustainable royalties for plays on their monthly service. Artists and labels are being stretched thinner than ever before as revenue dries up and both big tech companies and consumers keep trying to figure out how to access music for cheap or free.

The one last bastion of revenue for music that has remained however has been live concerts. While sales and revenue for recorded music have dwindled sharply, ticket prices have remained strong and allowed artists that would otherwise not be able to make a living playing music to continue the pursuit and help pay for recording production. But a new company and a new service could inject the subscription dilemma into the live concert space as well, potentially creating the same unsustainable paradigm plaguing recorded music.

Jukely is what it is called, and it is the first of its kind to offer a $25 a month subscription for access to live music events. Subscribers pay the monthly fee, and then can reserve their seat at any concert that falls under the Jukely network. At the moment the reach of Jukely is very very small. Its current pilot program launched on October 8th only covers New York City and roughly 17 participating venues. But this is not some boutique NYC membership club offering a specialized service for a select few. Jukely has its eyes set on becoming the Spotify of live music, and has plans to expand to more venues and more cities in the future.

The story of Jukely plays out very similarly to the tech startups on the music streaming side. This isn’t a few music nerds brainstorming in their apartment, this is venture capitalist endeavor that hopes to implement its service all across the country and world and make millions for its backers. It was founded in 2012 by Andrew Cornett and Bora Celik when they secured $800,000 in “seed” money to flesh out their idea. Subsequently they have raised $2.4 million more in seed funding from investors. So yes, Juekly is aiming big.

Another indication that Jukely is looking to become the Spotify of live music is the list of investors putting their money on the startup. Prominent Spotify investor PÃ¤r-Jörgen PÃ¤rson of Northzone Growth Investors is behind Jukely, and so is Larry Marcus of Walden Venture Capitalists who is a player in Pandora. Hany Nada of GGV Capitol, an investor in SoundCloud, is also on board, and so are many other important capitol players in the music-meets-tech realm. Jukely founder Andrew Cornett was one of the original people involved in the rollout of the crowd funding site Kickstarter.

Jukely calls itself a “a social concert discovery and recommendation service,” and started as a way to track and sync up location data and music taste data to make recommendations to consumers about upcoming concerts. “Jukely Unlimited,” is the name of new service the company is offering, and is part and parcel with their data service. People can only participate if they are invited in at the moment. Once Jukely has their live music subscription service secured in NYC, they want to try it next in Los Angeles, with the idea of branching out to other cities in the future. Subscribers can reserve access to and attend an unlimited amount of concerts per month as long as they fall within the Jukely network.

“We created Jukely to make it easier for music fans around the world to discover and enjoy new live music, and with Jukely Unlimited we couldn’t be more excited to take this to the next level by offering unlimited concerts in your area,” said Jukely Co-Founder Bora Celik in a statement released during the rollout. “Jukely Unlimited couldn’t be easier to use it even does the planning on its own and presents subscribers with the option to attend a broad range of shows!”

Many questions linger on just exactly how Jukely could affect the live concert experience for average consumers and artists across the country. Under the Jukely Unlimited system, venues take a share of the subscription revenues proportional with the amount of attendees to the shows, and then this revenue is passed along to the performers just like regular box office revenue. But would the amount of money Jukely subscribers generate for venues and performers be proportionally less than what general admission patrons generate? This is the current problem with Spotify and Pandora—that the amount of revenue generated from listens doesn’t add up to what physical sales constitute. The other problem is by adding a third party, that is another mouth to feed from the money generated at a given concert. Not only does Jukely have to pay a fair portion of the subscription dollars to the venues and artists, they have to pay themselves.

If Jukely entices patrons to attend more shows, this could mean more fans for bands, and more alcohol sales for venues. But if a subscriber attends two $20 ticket shows in a month, or three $10 shows, this already means less revenue moving into the system from admission prices. Some concern has also been shown that Jukely subscribers can reserve space at an upcoming concert that may sell out, but don’t necessarily have to attend. Since it is free, there is no risk to the subscriber. This means valuable space could go unoccupied when there’s still a demand for it by non Jukely subscribers.

Saving Country Music emissary Aaron Bennett reached out to Jukely to raise the concern about less revenue being remitted to bands through the Jukely system. “Artists will be increasing their revenues as our system is designed to work on top of ticket sales, and not replace them,” said Jukely founder Bora Celik. When further prompted with the scenario of a concert goer who would regularly pay $15 to see numerous concerts in a month that would be paying significantly less under the Jukely system, and how the end result would invariably mean less money being generated, Bora Celik replied, “We have data on the contrary. Let’s agree to disagree.”

Just like with Spotify and Pandora, the idea that is sold to artists and the industry is that the exposure the service offers is more valuable than any lost revenue from lower rates of return. But without mass participation by consumers or higher payouts by these companies, the revenue generated is still not enough to create sustainable scenarios for artists. Will Jukely, and potential rival companies that may pop up pose a similar dilemma for the live music space? We can’t assume it will, but it is most certainly worth watching, especially before it is implemented en masse. Meanwhile services like Spotify and Pandora continue to struggle to present sustainable business models themselves, and are beset with lawsuits and the threat of governmental intrusion as the music industry fights back in the face of lost revenue.