Justin Moore Should Be Disqualified from ACM’s “New Artist”

For years, country music and other award shows throughout the industry have been making an aberration of the term “new” when nominating and naming their “New Artist of the Year” awards. Many times the nominees and winners have spent half a decade or more in the music business, and not just as an independent artist slogging through the honky tonks waiting on a deal, but signed to major labels, releasing charting singles and albums, and appearing on industry tours.

The spirit of “New Artist” awards is to help cultivate new talent in the industry, giving the nominees and the winner a hand up in their career. But as we have seen more and more well-established artists crashing the “New Artist” nominee lists over the last few years, it is beginning to become a default category for second-tier industry talent that can’t cut it with the other major awards, but that labels still want to showcase in the awards format.

Such can said to be the case when the Academy of Country Music, or ACM Awards announced their candidates for New Artist of the Year for 2014. The ACM fielded a list of eight candidates, with fans voting on who the final 3 candidates will be. Included in that list are artists like Lee Brice, who signed with Curb Records seven years ago, and Kip Moore, whose been signed to MCA for five. But the most quizzical inclusion to the ACM’s list of “new” artists is Big Machine Records’ Justin Moore.

Forget that Justin Moore signed to Big Machine’s Valory Music imprint in 2008, that he had a #1 single in 2009, and a #1 album in 2011; as first pointed out by Windmills Country, according to the Academy of Country Music’s specifically-stated rules of eligibility for the “New Artist” category, Justin Moore should be disqualified because he’s had not one, but two albums certified gold in previous years—gold albums denoting over 500,00 copies sold.

Here are the eight initial nominees for the ACM New Artist of the Year:

Though the ACM’s annual naming of performers as “New Artist” nominees may or may not pass the eyeball test, there are actually established rules that govern these matters just to make sure no impropriety takes place.

The rule for the ACM New Artist of the Year specifically states: 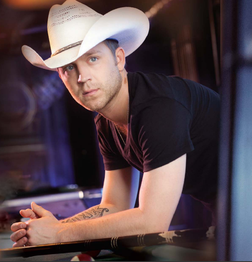 In other words, by the Academy of Country Music’s own stated rules, Justin Moore should be disqualified from the 2014 New Artist of the Year Nominee pool.

So the next question would be, how was Justin Moore nominated in the first place? How was this rule overlooked? Did some impropriety transpire between Justin Moore’s label and the Academy of Country Music? Who would have been nominated in Justin Moore’s stead? And is the damage already done, even if Justin Moore is disqualified because of the increased exposure another candidate would have received upon the announcement of the nominees?

And the most important question is, what will the Academy of Country Music to resolve this gross oversight?