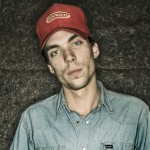 Justin Townes Earle, recently accused of assault charges in Indiana, has canceled his current tour, and will be checking himself into a rehab facility.

His publicist has released this statement:

“Earle is strongly committed to confronting his on-going struggle with addiction, and thanks his family, friends and fans for their continued support through this difficult time.”

On Monday, details of of the Thursday night incident came out, with the accusation that Earle had hit the owner of Radio Radio David “Tufty” Clough, and then his 23-year-old daughter, Cheyenne Caperton, with a closed fist. Earle was also charged with resisting arrest and public intoxication.

READ ALL THE DETAILS OF THE INCIDENT

This prompted a statement from Justin Townes Earle:

“Unfortunately, reports surfacing online about the incident in
Indianapolis are not accurate. I have been advised by counsel that I
should not comment on a pending criminal matter, but suffice to say
that I am looking forward to having my day in court. I would also like
to say that I oppose violence against women in any form.”

Earle has his first court date on October 18th.

As more details emerge and are verified, they will be added to the original story.